The Young And The Restless Spoilers: Sharon Pushes On – New Or Familiar Path Taken? 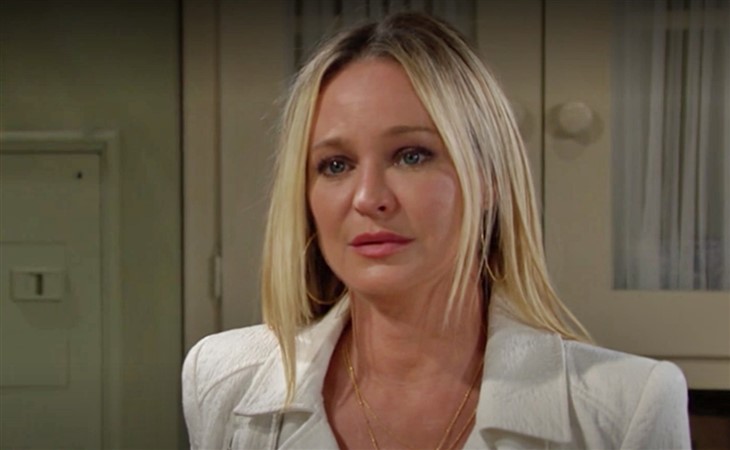 The Young and the Restless spoilers document that Sharon Rosales (Sharon Case) was shocked again in Genoa City, Wisconsin. Losing her daughter, Cassie Newman (Camryn Grimes), all those soapy years ago was the most intense period of Sharon’s life.

Losing Rey Rosales (Jordi Vilasuso), whose death also was tied to a car accident, is equally horrible. The fact that Rey’s death was caused by a massive heart attack he suffered while driving does not lessen Sharon’s feelings.

So, how are TPTB planning to handle Sharon’s arc? Cassie was written out of the show to split Sharon from Nick Newman (Joshua Morrow), creating intended divergent paths forward.

The Young And The Restless Spoilers: Ashland Stays In GC – Victoria Believes In Second Chances?

Rey’s write-out will allow Sharon to take another path. Whether it is a familiar or new one will soon be seen.

The Young And The Restless Spoilers – Were The Rosales’ A Good Pairing?

Rey and Sharon were attracted to each other. They did the right thing in waiting until Rey could no longer sustain his marriage. His divorce from Mia Rosales (Noemi Gonzalez) sparked the start of Rey’s old-school courtship.

But Adam Newman’s (Mark Grossman) constant interference during the first half of Sharon’s marriage to Rey was exhausting. Sharon allowed it to happen, citing her usual feelings of pity for Adam’s plight. However, Rey and Sharon eventually found their footing.

This pairing did not explore anything overly compelling after Sharon beat cancer, which, in retrospect, was telling.

Y&R Spoilers – Nick Newman Is There For Her

Nick has become a stand-up guy in recent years. Devoted viewers recall some of his low points. He abandoned Sharon after Cassie died and formed a relationship with Phyllis Summers (Michelle Stafford).

But arguably worse than the above was when Nick went rogue in attacking his father, who was ill. Morrow was asked by TPTB what areas of his character he would like to explore during the period of his twenty-fifth anniversary on the show. The actor wanted Nick to go dark, and he did.

Today, Nick is right by Sharon’s side. So, the opportunity for Y&R to revisit this one-time epic daytime power couple is open.

The Young And The Restless Spoilers – Sharon Rosales Pursues Something New

Sharon has pretty much done it all in GC. Her connection to the Newman’s, reconnecting with Cassie, later discovering her unknown identical twin, Mariah Copeland (Grimes), being a solid mother to her other children, set indelible marks.

Case’s character has owned the iconic Crimson Lights for years. She also went to college, earning her degree and becoming a licensed counselor.

Rey represented Sharon’s arrival at a stable relationship with a committed, good guy. But he died young, and now she is single.

Sharon is strong and will rebound. Hopefully, her next comeback involves a mix of touchstone and new moments on Y&R.