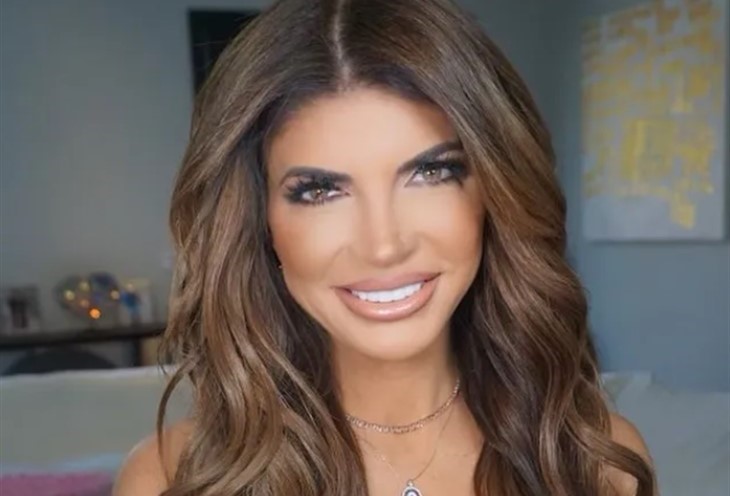 Real Housewives Of New Jersey (RHONJ) veteran, Teresa Giudice is determined to marry Luis Ruelas and much ado is made about it. Actually, previous seasons saw much ado about her separation and divorce from her ex-husband, Joe. Forever stealing the show with mega-drama, Bravo fans should have known to anticipate problems with the wedding. Well, she annoyed her brother Joe Gorga because she selected all her daughters as her bridesmaids.

Some Bravo fans grow irritated with Teresa because they really think that she tries too hard with Luis. Actually, they wonder who she tries to convince that she really loves him. Anyway, she is determined to tie the knot, and no opinions of fans ever changed her mind in the past. But, fans know that almost every aspect of her life brings mountains of drama and the wedding looks like a trainwreck already.

Real Housewives Of New Jersey fans might have expected her ex, Joe to be the one with a drama when the wedding comes along. However, he met Luis in the Bahamas and they get along. So, Teresa said that she’d invite him Additionally, he even offered his place in the Bahamas for the venue. Still, problems arrived with her brother-in-law, Joe Gorga.

Teresa Giudice decided that she didn’t want her sister-in-law, Melissa Gorga as her bridesmaid. So, Joe got all heated about it. Page Six reported that he spoke about it on the Melissa Gorga on Display podcast. Insulted, he felt that they were both snubbed. Anyway, it looks like Teresa went for her daughter instead.

Bravo Housewives on Instagram shared the news about the Real Housewives Of New Jersey star’s bridesmaids. Actually, getting real, how many bridesmaids can a woman have? With four daughters, she seems to have plenty on hand. Anyway, as Joe seems all hurt about Melissa being overlooked, future Bravo seasons probably bring more feuding in the volatile family.

Real Housewives Of New  Jersey star, Teresa Giudice has a lot of fans, but she also attracts a lot of critics. So, some fans snarked about the wedding. One of them responded to the news on Instagram saying, “Just elope already and stop trying to remain relevant with this upcoming train wreck of a wedding….that BRAVO will probably end up paying for anyway!”

Another critic wrote, “Gurl hurry up cause I’m so tired of hearing about her wedding!!!! I wish she’d get married & disappear!!!!!.”

Will You Watch Season 1 Cast Of Real Housewives Of New York In A New Show? https://t.co/4xn2To57t4 pic.twitter.com/LEe2svA7io

However, other fans like the idea of her daughters being bridesmaids. A sweet fan commented, “I think that is perfect!! No one else but your daughters.”

Well, apart from her daughters, it seems that Luis’ sister will also be one. Maybe Melissa will end up being a maid of honor?