The Bold And The Beautiful Spoilers: Who Is Paris Left With? – Zende Out And Carter Wants Quinn 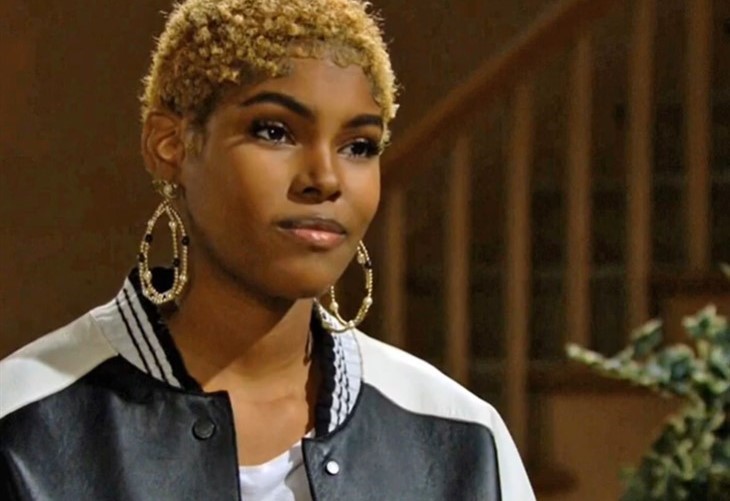 The Bold and the Beautiful spoilers document that Paris Buckingham (Diamond White) decided to tell Zende Forrester Dominguez (Delon de Metz) how she feels. He asked the right question after Paris addressed the status of their connection.

Paris’ tell, about it not being chemistry but someone else, hurt Zende. But then he heard the name of the man who Paris loves.

Meanwhile, across the hall at Forrester Creations, Carter Walton (Lawrence Saint-Victor) listened intently to Quinn Fuller (Rena Sofer). She told him that his feelings for Paris did not match what White’s character felt for him.

The Bold And The Beautiful Spoilers – Zende Forrester Dominguez Too Nice A Guy?

The cliche about nice people never winning is false. That line is pushed by those who cheat to get ahead, as those unfortunate souls do not know or will not recognize straight efforts can bring lasting, positive results with persistence and resilience.

Zende played it straight when it came to Paris’ sister. He was not interested in being Zoe Buckingham’s (Kiara Barnes) choice above his friend, Carter. That principled decision also allowed Zende from avoiding the immaturity that was inherent in Zoe’s life at that time in the plot.

As for Paris, he showed her his heart. She appreciated it but fell in love with another guy. There is nothing wrong with Paris’ choice, as she had not committed to becoming engaged to Zende. Telling him the truth now also reflects honesty, even if he does not like hearing it.

Carter went too fast with Zoe. She accepted his offer to move in with him and then agreed to marry. Both decisions were based on impulse, with the second one involving her calculation that Carter could hasten her rise in Los Angeles, California.

Paris does not think like her older sister. She genuinely loves Carter but has been blocked from seeing him because her mother, Grace Buckingham (Cassandra Creech), became involved in the situation.

Carter thought he came to love Quinn. It is hard to know if that perception reflects the reality of Carter’s heart and mind. However, he appears destined to realize another opportunity with Quinn because Eric Forrester’s (John McCook) just realized reconnection with his ex-wife, Donna Logan (Jennifer Gareis).

The Bold And The Beautiful Spoilers – Paris Buckingham Has No Options?

Paris was direct with Zende. He reacts to what she has to say. But it was worth saying as the soapy air has now cleared between them.