The Young And The Restless Spoilers: Adam Reverting To Bad Guy Status – Sally Can Not Survive Without Love 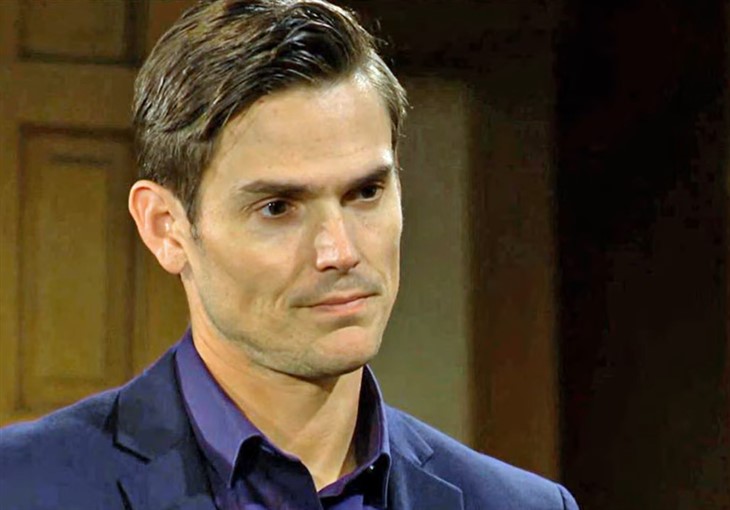 The Young and the Restless spoilers document that Adam Newman (Mark Grossman) is telling Sally Spectra (Courtney Hope) that he wants control of Newman Enterprises. That indicates the old Adam is back.

Viewers were likely pleased to see Grossman’s character written, for a while, in a different direction. A meeting of the minds with older brother, Nick Newman (Joshua Morrow), produced Adam’s evolution.

But the progress Adam made since last year appears to have been derailed by Victor Newman (Eric Braeden) allowing Victoria Newman (Amelia Heinle) to push her youngest brother out of power.

The Young And The Restless Spoilers: Kyle Opens The Door To Diane – Ashland Walks In

The Young And The Restless Spoilers – Good Adam Newman Not Believable?

Y&R has been blessed with dynamic versions of the Adam character, as played by Grossman, Justin Hartley (Adam), and Michael Muhney (Adam) in reverse order, back through 2009.

Devoted fans recall that Adam (originally played as a boy by Hayden Tank in the mid 1990’s and briefly reprised in 2002) was SORAS’d in 2008. Chris Engen (Adam) became the first adult edition of this character. But the version he was asked to play was not notorious, with the other three actors filling that alternative characterization.

Soaps need to stay fresh. So, having Grossman’s edition strive to be a good family member was believable. It is also acceptable for Adam to use Victor and Victoria’s slight to plot a typically Newman takeover plot.

Victoria’s childhood was not smooth, as her parents could not get along. But her mother was not blind like Adam’s. Also, her father, who she shares with Adam, was generally in Genoa City, Wisconsin, while Adam lived with Hope Wilson (Signy Coleman) on the farm in Kansas.

Yes, Victoria has told the world countless times that Victor had her and Billy Abbott (as then played by Billy Miller) arrested on her wedding day. But hardcore fans can argue that Adam received far harsher treatment from the Moustache than Victoria has.

Victoria often references Victor’s soft spot for Adam. Well, she was not compelled to kill a man in Kansas like Adam did.

That specific event, which was revealed in the recent past, is a major reason why Victor covered for Adam through the years. But Victoria’s sibling rivalry and need to be number one in her father’s eyes is why she detests Adam, overriding all he has done to anyone in his life.

The Young And The Restless Spoilers – Sally Spectra, A Help Or Hindrance?

Stating that Sally could be both a help and a hindrance is a co-out. The subject header asks viewers to offer their gut-feels as to whether Sally will prove to be a help or hindrance to Adam on balance over time?

Sally does not slam Adam’s goals or color his motives dark. She recognizes a kindred spirit.

Viewers might believe that this combination will burn hot and crash hard. Maybe. But until the anticipated crash, this pairing represents great soap.