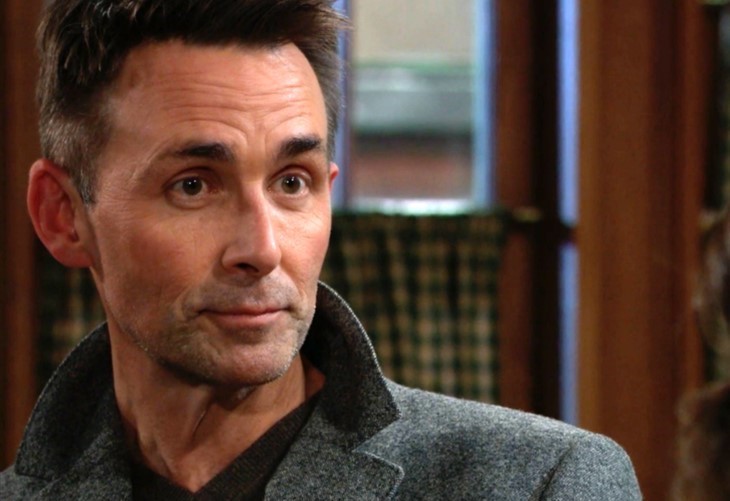 General Hospital (GH) spoilers and updates tease Valentin Cassadine (James Patrick Stuart) may have to get his legal affairs in order. Valentin has been helping Anna Devane (Finola Hughes) with the problems that she had with her nephew Peter August (Wes Ramsey). Valentin needs to make sure that he does not have any legal problems to deal with. Valentin knows that he can turn to his friend and lawyer Martin Grey (Michael E. Knight) for help.

Valentin is one of the owners of Deception. Valentin had helped Lucy Coe (Lynn Herring), Maxie Jones (Kirsten Storms), and Sasha Gilmore (Sofia Mattsson) to make Deception a successful company. Valentin wants to make sure that Deception does not have any legal problems. Valentin knows that Sasha may have problems with the press.

Valentin found out from Gladys Corbin (Bonnie Burroughs) that Sasha has photos that do not show her in a good light. Valentin will want Martin to look into the possible legal problems that could happen to Deception if the photos become public. Martin will want to make sure that Deception does not have any legal problems because Valentin is his friend and he is dating Lucy.

Valentin has been in control of the company ELQ. Valentin has wanted to be able to continue to run ELQ even though the Quartermaine family has wanted to get him out of the company. Valentin may find out that Michael Corinthos (Chad Duell) and Drew Cain (Cameron Mathison) want to merge ELQ with Aurora Media. Michael and Drew are hoping that the merger will help to get Valentin out of ELQ. Valentin will want Martin to look into his legal options to keep his position at ELQ.

Valentin has reconnected with Nina Reeves (Cynthia Watros). Valentin was married to Nina in the past and has been able to stay friends with her. Nina is having trouble with Michael and his girlfriend Willow Tait (Katelyn MacMullen) because she wants to be in her grandson Wiley Quartermaine-Corinthos (Viron Weaver) life.

Michael and Willow believe that Nina does not need to be in Wiley’s life. Nina has turned to Scott Baldwin (Kin Shriner) for help her get visitation rights with Wiley. Nina has told Valentin about her troubles. Valentin has wanted Nina to be able to be in Wiley’s life. Valentin has tried to get Carly Corinthos (Laura Wright) to help Nina with Michael and Willow but Carly is reluctant to help Nina. Valentin may want Martin to look into Nina’s case to find out if there is anything that he can do to help Nina and Scott.