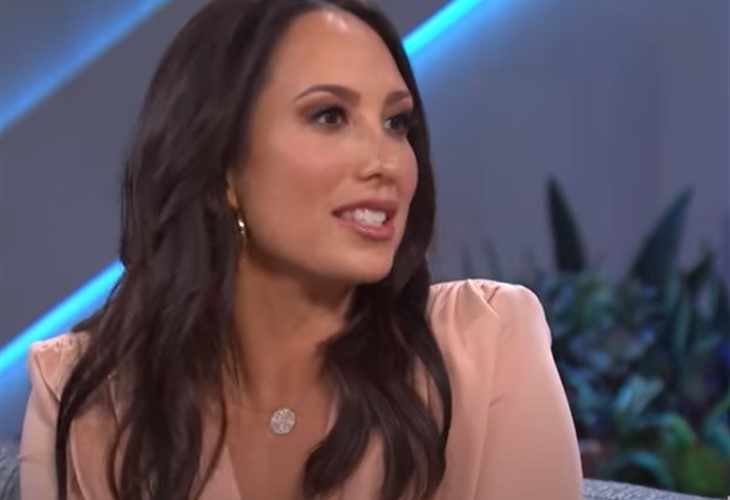 Dancing With The Stars fans might think that Cheryl Burke has no worries in her life. A-pro dancer with Mirror Ball Trophies under her belt, she appeared in over 20 seasons of the ABC show. However, she had a difficult year, and she revealed that she’s really stressed because of hor mom’s ill health.

In the last season of the show, fans saw that Cheryl and her partner Cody Rigsby went down with the coronavirus. Somehow, she still managed to smile her way through that episode of her life. Popular with fans, they rallied around to pray and send in positive thoughts. Thankfully, both of them recovered without complications. But she was stressed behind the scenes.

Dancing With The Stars ended, and then in February of this year, the news arrived that Cheryl filed for divorce from her “rock,” Matthew Lawrence. At the time, she obviously struggled with hard decisions. Actually, her fairytale marriage became a disaster, and she cited “irreconcilable differences.” At about the same time, she also talked about devasting news regarding her mom, Sherri.

Dancing With The Stars – Cheryl’s Mom Has Ill Health Issues

Aged just 67, Cheryl’s mom faces a sad future, and it’s really stressful for Cheryl. The news arrived vias the What’s Her Story podcast, and it’s not good at all. During her appearance, she talked about mental health, childhood abuse, and her celebrity partners. As her mom isn’t well, fans heard that it’s a terribly stressful time.

Heavy.com reported on the news by the Dancing With The Stars pro-dancer. The outlet noted, “Cheryl spoke at length about her relationship with her mother and also revealed that they are dealing with the early stages of Alzheimer’s.” As her mom is only 67 years old, it’s very hard on everyone.

She said, “It is really sad because you see this woman who was this boss-b****, freakin’ just an amazing woman and then all of a sudden, you see her be so vulnerable.”

Dancing With The Stars: Derek Hough Opens Up About Disney+ https://t.co/E9xT4zztUj pic.twitter.com/DpDHCy6teQ

No Way To Mend Things

Like others who deal with the illness in their family, the Dancing With The Stars pro talked about not being “in control.” Of course, it’s shattering to see her mom go from being a powerhouse personality to being so “vulnerable.”

Is Alzheimer’s curable? Unfortunately, although the disease he’s been around for over 100 years, there is no cure. The Conversation reported that there isn’t any way to cure it. Some drugs are available, but they only help “partially and temporarily .”

Be sure to catch up on everything happening with Dancing With the Stars. Come back here often for more DWTS spoilers, news, and updates.