The Bold And The Beautiful Spoilers: Liam Blames Thomas For Endangering Steffy 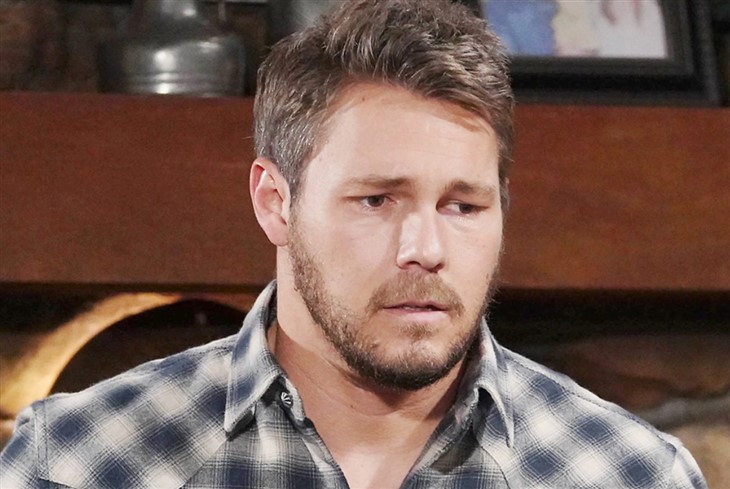 The Bold and the Beautiful spoilers reveal that the truth about Sheila Carter (Kimberlin Brown) is about to come out. That’s not just regarding the shooting but how and why Brooke Logan Forrester (Katherine Kelly Lang) relapsed. At some point, Liam Spencer (Scott Clifton) will find out that Thomas Forrester (Matthew Atkinson) knew. It could lead to Liam lashing out.

The Bold And The Beautiful Spoilers – Steffy Forrester Finnegan’s Confrontation

B&B spoilers reveal that Steffy Forrester Finnegan (Jacqueline MacInnes Wood) has her memory triggered. The memories from the shooting are now coming back to Steffy. Furious, Steffy calls Sheila and asks her to come over. Once Sheila arrives, Steffy unleashes her rage. Steffy informs her monster-in-law that she remembers everything.

Steffy doesn’t confront Sheila alone, though. Ridge Forrester (Thorsten Kaye) and Taylor Hayes (Krista Allen) are present. Plus, Steffy has Deputy Chief Bradley Baker (Dan Martin) standing by. So, Baker might be right outside the door or in another room.

Steffy probably wants Baker to hear Sheila admit to the crimes. Steffy doesn’t want her getting away with murdering John “Finn” Finnegan (formerly played by Tanner Novlan) or disappearing before getting arrested.

The Bold And The Beautiful Spoilers – Thomas Forrester’s Guilt

The Bold and the Beautiful spoilers reveal that the truth about everything will come out. When it does, Brooke and Ridge will realize the relapse was a setup. In addition to this, Thomas keeping Sheila’s secret will put him in the line of fire.

It’s no secret that Liam has always been protective of Steffy. When Liam finds out that Thomas kept Sheila’s champagne switch a secret, he will furious. Liam might accuse Thomas of putting Steffy in danger. Liam could even go as far as to also blame Thomas for Finn’s death.

It will be interesting to see if Thomas’ relationship with Hope Logan Spencer (Annika Noelle) changes due to his actions. Will she lash out at Thomas, or defend him to Liam? Thomas didn’t pull the trigger, but the chain of events could have prevented Finn and Steffy’s shooting.

What do you think is going to happen when everyone learns about Sheila’s secret? Will Thomas confess or will Sheila tell everyone that he knew? Will there be backlash or could Thomas be blamed for the “SINN” tragedy? How will this affect Thomas, Steffy, Ridge, Brooke, and the other characters?