The Young And The Restless Spoilers: Billy Incapable Of Stopping – Victoria Pushes Forward 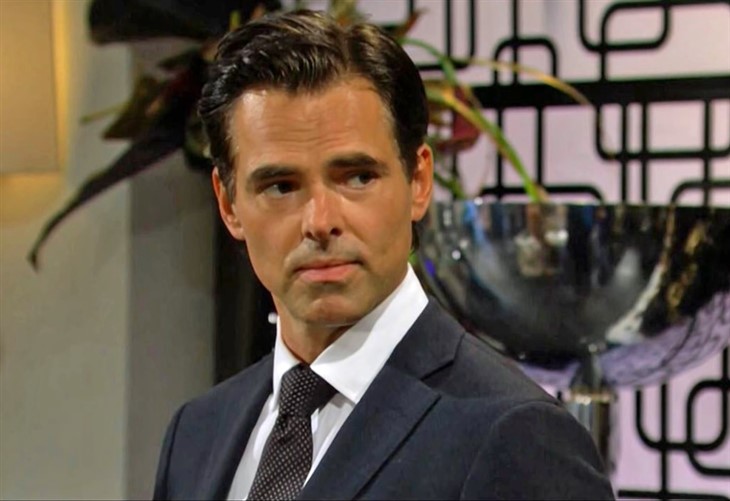 The Young and the Restless (Y&R) spoilers document that Billy Abbott (Jason Thompson) created a podcast so he could do more than talk about himself. Using a modern mass media communication method, Billy’s verbal meanderings about life are now in the digital sphere. So, his thoughts can be heard by anyone across the globe until that platform is defunct.

But, along with the podcast where his name is known, Billy also created an alternate digital companion. His synthesized voice is used when discussing topics he feels are too sensitive but must be professed.

Victoria Newman (Amelia Heinle), freshly extricated from her marriage that made the ones to Billy not look nearly as bad in comparison, instantly saw behind Billy’s attempt to hide. She called him out on his secondary podcast that blasted Ashland Locke (Robert Newman) without mentioning the Lockeness Monster by name.

The Young And The Restless Spoilers: Adam Reverting To Bad Guy Status – Sally Can Not Survive Without Love

Victoria is no longer married to Ashland. That is what Billy wanted. So, why is that outcome not enough for him?

Seeking vengeance is something that Billy has sporadically fixated upon since Delia Abbott (Sophie Pollono) was tragically killed by a car many years ago. Her accidental killer is believed to be Adam Newman (now played by Mark Grossman).

TPTB have never closed the gap that exists in that story line, with another car being seen in retrospective shots. Of course, other unseen and unknown information about Delia’s sad demise could be revisited at any point. But since that has not been the case, Adam’s actions have driven Billy’s outbursts, like the current one, ever since.

Victoria was burned by Billy on so many occasions that her family and others thought she would not allow herself to get involved with him again. She did, which led to him dumping her because he said Victoria was not allowing his authentic self to exist.

The bunch of self-indulgent nonsense Billy threw into the soapy air led Victoria to Ashland. If only Billy would have been good to Victoria, they could have remarried and lived a better life than she ever had with Ashland.

Through her experiences, Victoria has learned not to trust. Billy shares blame for her cynical attitude, with Ashland standing as the reigning champion of terrible behavior. So, Victoria has chosen to be on her own for an indefinite period.

The Young and the Restless Spoilers – Will Lily Winters Tolerate Behavior Forever?

Lily Winters (Christel Khalil) is a much kinder soul. She does not come from the hardscrabble Newman world.

Billy was drawn to the distinction between Lily and Victoria after initially finding Amanda Sinclair (Mishael Morgan) to be intriguing. Amanda was smart to veer toward Devon Hamilton (Bryton James).

Victoria was initially jealous of the connection Billy and Lily developed. But she got over it. However, Victoria still believes Lily is destined to have similar experiences with Billy as she did.

Billy’s ongoing interest in Ashland may be proving Victoria’s prediction right. Lily finds Billy’s involvement in the details of Victoria’s life to be troubling.