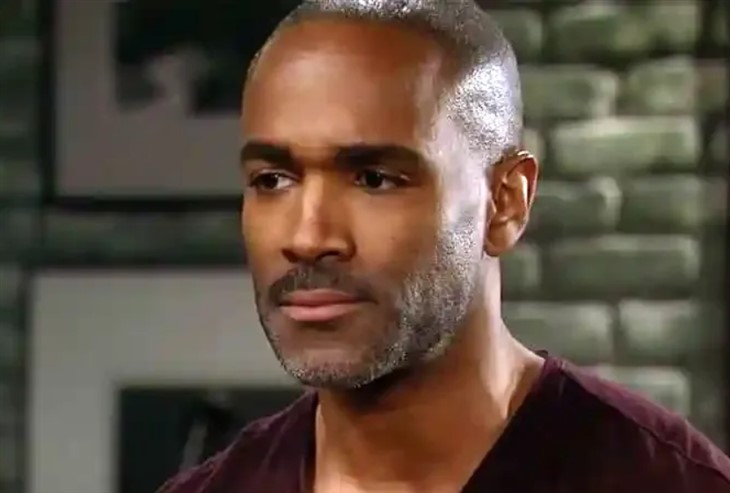 General Hospital (GH) spoilers and updates tease Curtis Ashford (Donnell Turner) wants to help the ones that he loves. Curtis has been in a relationship with Dr. Portia Robinson (Brook Kerr). Curtis has been helping Portia with her daughter Trina Robinson (Tabyana Ali). Curtis has wanted to help his friend Nina Reeves (Cynthia Watros). Nina has needed help to get to be in her grandson Wiley Quartermaine-Corinthos’ (Viron Weaver) life. Curtis is determined to help Portia and Nina to get what they want.

Curtis has been concerned about Portia because she is worried about Trina. Portia wants to help Trina get out of her legal problems. Trina has been framed by Esme Prince (Avery Kristen Pohl) for a crime that she did not commit. Esme filmed Josslyn Jack (Eden McCoy) and Cameron Webber (William Lipton) having sex for the first time and broadcast the footage online.

Esme is trying to get Trina to take the fall for the video because she wants Trina out of the life of her boyfriend Spencer Cassadine (Nicholas Chavez). Portia has hoped that evidence would come to light that would clear Trina’s name. Portia may want Curtis to use his skills as private detective to look into Trina’s case. Curtis may be able to find new evidence that could help Trina.

Curtis and Nina have been friends for years. Nina has been able to turn to Curtis when she has had different problems. Nina turned to Curtis when she was looking for her daughter Nelle Benson (Chloe Lanier). Curtis has wanted to help Nina to find Nelle but he was unable to help her. Nina is trying to get visitation rights to be able to be a grandmother to Wiley. Nina needs information on Wiley’s parents Michael Corinthos (Chad Duell) and Willow Tait (Katelyn MacMullen). NIna believes that she needs the information to be able to win her visitation case. Curtis may be able to find the information that Nina needs to be able to get to be in Wiley’s life.

Curtis may make the shocking discovery that Nina is Willow’s biological mother. Nina does not know that she had given birth to both Nelle and Willow. Curtis could not help Nina to be reunited with Nelle but he could help bring Nina and Willow together. Will Curtis help Nina to find out that Willow is her daughter? Curtis could help Nina find the way to be in Wiley and Willow’s lives. Will Curtis help Nina to get to have a future with Willow and Wiley? Be sure to catch up on everything happening with GH right now. Come back here often for General Hospital spoilers, news, and updates.