The Bold And The Beautiful Spoilers: Sheila Stopped Once And For All? – Steffy Seeks Justice For Family 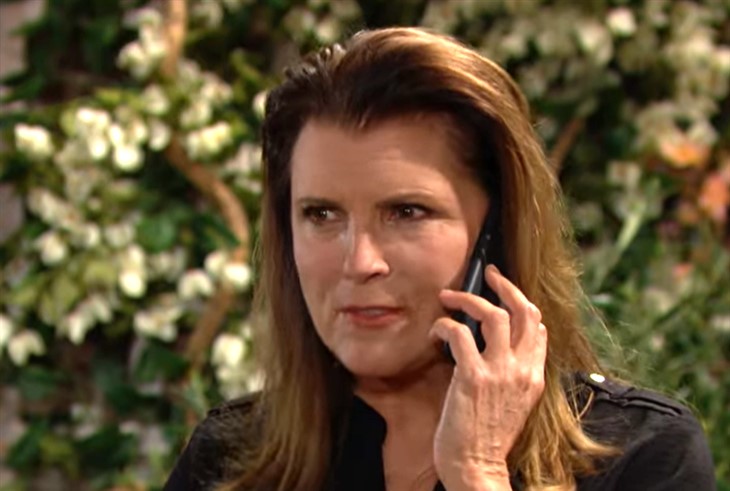 The Bold and the Beautiful Spoilers: Sheila Stopped Once And For All? – Steffy Seeks Justice For Family

The Bold and the Beautiful spoilers document that Sheila Carter (Kimberlin Brown) is guilty, if she is charged. Teasers indicate that Steffy Forrester Finnegan (Jacqueline MacInnes Wood) will seek justice now that her memory has cleared.

But Steffy will not only pursue Sheila’s arrest and imprisonment for John Finn Finnegan’s (Tanner Novlan) murder. No, she will also do so for their son, Hayes Forrester Finnegan (Samantha Worden and Piper Harriet), Taylor Hayes (Krista Allen), and even Brooke Logan Forrester (Katherine Kelly Lang).

But are TPTB presenting a story line that will send Sheila back to jail, where she should never have been released from in the first place? This is daytime, and Sheila is B&B’s iconic villain. That implies one of her nine lives could be used.

Blaming Steffy for Finn’s death goes along with Brown’s character choosing to think that Wood’s character provoked rage. Sheila does not see herself as a thinking human being. That is why she views others so coldly.

Steffy sounded the longest and loudest alarms, but no one would listen to her. Even poor Finn felt sorry for his mother, visiting her just a short time before she shot him.

Finn felt sorry for Sheila and was checking on her. He planned to impress upon Steffy a renewed chance for his mother to be part of their family.

Wood’s character reclaimed her memories after Sheila obnoxiously stopped by the cliff house, intending to see Hayes. Steffy refused, which again convinced Sheila that her daughter-in-law was unjustified in keeping her away from Hayes.

Kudos to B&B for creating one of the more interesting twists in this story line. Sheila saved Taylor’s life during the ill-fated jump off the hospital roof.

Taylor was emotionally distracted by Sheila, who manipulated Allen’s character for months. Little does Taylor know that Sheila is a leading reason why Ridge Forrester (Thorsten Kaye) felt he should break from Brooke.

Without the New Year’s Eve champagne label switch, Brooke would not have kissed Deacon or passed out in bed aside of him. That reveal proved too much for Ridge, who will soon know of Brooke’s innocence.