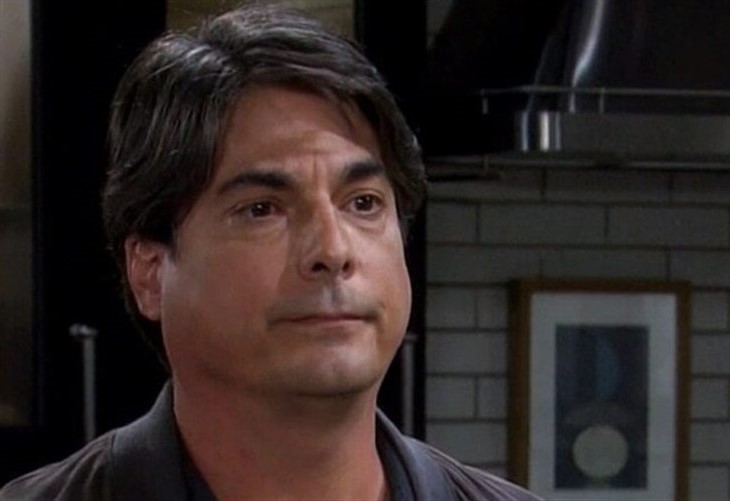 Days of Our Lives spoilers tease that Lucas Horton (Bryan Datillo) will return to Salem without Sami Brady (Alison Sweeney)! His mother, Kate Roberts (Lauren Koslow) will demand answers in an upcoming episode of DOOL!

Previous DOOL episodes revealed that Roman Brady (Josh Taylor) has been worried about Sami, having not been able to contact her. He had talked to Kate about the dilemma, not understanding why she would not be on the first plane to Salem with her mother and both twins being possessed by satan! It has been all over the news about Marlena Evans (Deidre Hall) having been possessed again and she never showed up or contacted anyone!

Roman was afraid that possibly the devil had made Sami disappear, perhaps permanently, although he had nothing to validate his theories! Kate decided to try and contact Lucas at that point, although she hadn’t heard from him in months either!

Lucas and Sami had left Salem together, after Sami had been kidnapped and missing for many months; it having been assumed that EJ DiMera (Dan Feurreriegel) had been involved. Later it was revealed to viewers that Lucas himself had kidnapped Sami, ostensibly for her own protection from EJ – which really didn’t make a whole lot of sense! But Lucas was really setting up a situation in which he could make himself Sami’s hero, which he did, by rescuing her from the remote cabin he imprisoned her in. Then the two of them left Salem together and nothing had been heard from them since, spurring Roman and Kate’s concerns for their wellbeing.

Lucas never does call or text Kate back, but simply shows up in Salem- alone, which spurs further questions and concerns from Roman about Sami! Longtime viewers remember Roman was the Salem Police Commissioner and years before that an ISA agent, so of course he’s going to be suspicious! Lucas could be attempting to hide their location by not engaging with his cell phone by text or call, knowing the cell towers could be traced!

Lucas simply explains that they have been out of range of cell towers. As for where Sami is, he doesn’t give up a lot of information or clues, he simply says that she’s been busy but she’s fine.

Kate believes Lucas and doesn’t have a problem with any of what he is telling her and Roman, but Roman’s reactions are more than a bit over the top! She doesn’t like Roman’s suspicions of her son, although she realizes they are probably driven by his background of being a cop and a spy! Alone, Kate tells Roman that Lucas’ shortness with him and his inadequate answers are probably a reaction to Roman’s suspicions. She will talk to Lucas separately and try to find out more information, but anyone would be put on the defensive by an uncalled for interrogation! Wouldn’t Roman feel defensive and not want to answer questions driven by suspicion himself?