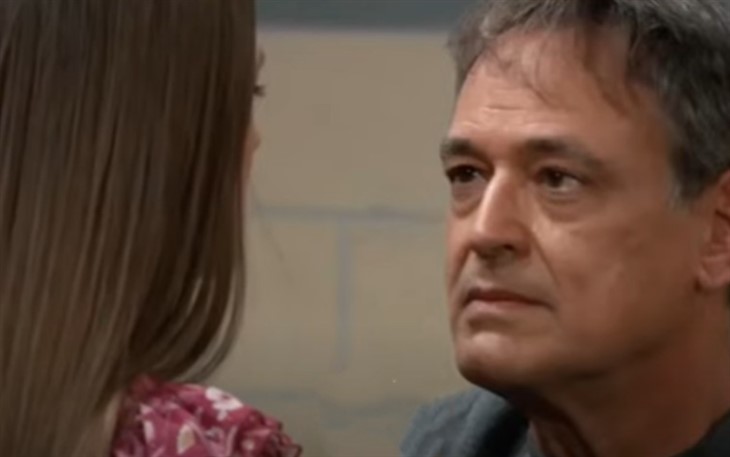 General Hospital spoilers reveal that Esme Prince (Avery Kristen Pohl) has done a lot of unforgivable things. However, the villain might get one chance at redemption. It might all stem from her troubled childhood, complicated dynamics, and Ryan Chamberlain’s (Jon Lindstrom) rejection. Will Esme earn redemption after her father discards her?

Esme is still fixated on keeping Spencer by her side. It’s clear that Esme has some serious mental health issues. With Spencer searching Esme’s belongings and finding the pills as well as the letters, the villain could be close to being exposed.

It has been confirmed that Esme is Ryan’s daughter and the two are working together. While Esme is obsessed with keeping Spencer, Ryan has another objective. Fans recall when Esme and Ryan had their first scene together.

Ryan wasn’t pleased with Esme. In fact, he blasted her and seemed to use Esme’s desperate need for approval to get his way. Esme did threaten to blow his plan out of the water, but it seemed more desperation than a genuine threat.

General Hospital spoilers reveal that Esme’s personality began as an unfeeling, cold villain. As time has gone on, fans have seen a bit more emotion from Esme. There seems to be a lot more gray areas than originally believed. In fact, Esme seems to be more of a lost little girl lashing out than a hardened villain.

It is teased that Esme will give Ryan a status update. However, Ryan won’t be happy with the report. Ryan has zero issues discarding Esme or anyone else. This could be the key to Esme’s redemption.

It’s true that Esme has done some cruel and unforgivable things. However, soaps love a good redemption story. Look at all the people in Port Charles who were previously considered unredeemable. The same could happen with Esme but it would have to be done right.

Esme would have to completely turn on her father. Esme’s intel would also have to be a good enough act to trump the things she did to Ava, Trina Robinson (Tabyana Ali), and Josslyn Jacks (Eden McCoy). Is redemption for Esme even possible and would it be accepted by viewers? Over the years, fans have learned to never say never in soaps.