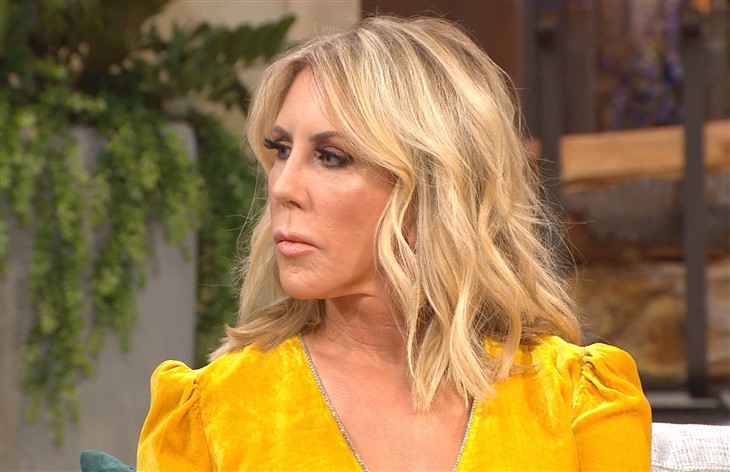 Vicki Gunvalson, formerly a star on The Real Housewives Of Orange County (RHOC), told her Bravo fans that she doing what she loves. At the moment, she’s back in front of the camera but it’s not for the franchise. In fact, the star with humble career beginnings has several irons in the fire.

While the RHOC star was fired by Bravo in 2020, she’s not spending her entire life moping about it. Actually, she returned for the Ultimate Girls’ Trip. But, she always made sure she had an alternative income. Did you know that she started out working part-time for her dad’s construction company?

Vicki Gunvalson later started her Coto Insurance and Financial Services when she was still married to Donn. Now that Steve Lodge also disappeared into history, she’s keeping herself busy with a new project and she sounds really happy about it. The news arrived on her Instagram Stories on May 10.

When the Bravo star shared about her new project, she posted up some scenes of filming. In her captions, she said, “Back to what I love to do,” adding, “filming for my newest project.” Next, she told her fans they could find out more at debt.com.

A quick check reveals that it’s a company that helps folks sort out their problems with debt. As the company partners with influential people, it seems like Vicky will rep for them.

Vicki Gunvalson seems like an obvious choice for the company to partner with. After all, she has her own financial company. Plus, she obtained her insurance license in California. In her clip, the RHOC star also talked about “credit cards,” so clearly, she’s partnering on that side of the services offered.

Vicki Gunvalson took to her main Instagram profile page and said that fans might get an opportunity to “whoop it up” with her. On May 18, she’ll be at the Ridgefield Playhouse, CT, with some of her “favorite Housewives friends.”

Kelly Dodd put up a lot of red heart emojis when she saw the post. Meanwhile, fans who live in the area sounded very excited.

Another fan wrote, “Yaaaaaa Vik! Say hi to my other fav Jill!!❤️.”

Whilst fans might not see her with the other Tres Amigas on RHOC, she still remains quite popular with many fans. Probably, plenty of them will make the effort to meet and greet her. Actually, they might also sign up for the services offered by her new project as well.

Be sure to catch up on everything happening with the Real Housewives Of Orange County cast right now. Come back here often for more spoilers, news, and updates about Vicki Gunvalson