The Bold And The Beautiful Spoilers: Eric Forced To Make Decision – Why Stay With Quinn? 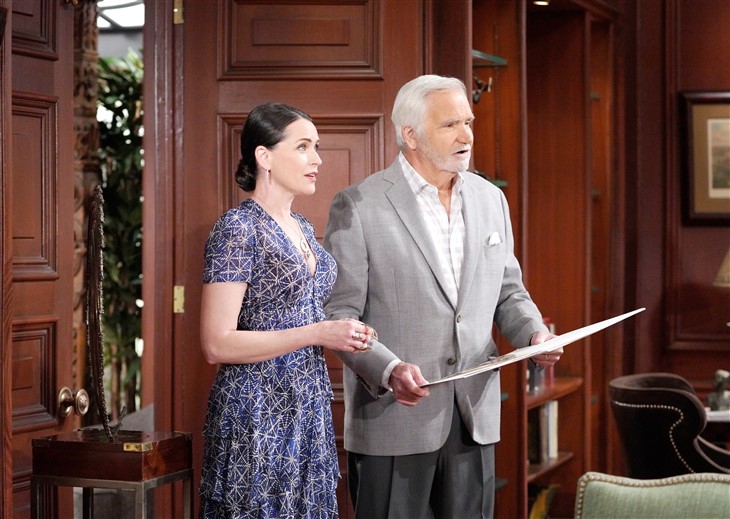 The Bold and the Beautiful spoilers document that Eric Forrester (John McCook) appears to be in the process of moving on from Quinn Fuller (Rena Sofer). The cascade of cheering heard across the globe is real, as B&B is known to be one of the most-watched soaps in the world.

A direct question must be asked at this point in Eric’s current marriage. Why does he want to be married to Quinn?

Eric fought his family when initially marrying Quinn. The Forresters and others in this version of Los Angeles, California, except for Quinn’s loyal son, Wyatt Spencer (Darin Brooks), could not understand what Eric saw in this woman.

The Bold And The Beautiful Spoilers: Deacon Gives Brooke And Hope Shocking And Insightful Information

Sure, Quinn is smart, or as some would say, conniving. Yes, she is physically attractive. But Eric heads a mega fashion house, where beautiful women are a staple.

There are plenty of potential matches for Eric in LA, the state of California, the United States, North America, and elsewhere on God’s earth. So, why, with so many options, would Eric believe that Quinn remains the only option for him?

Eric feels a sense of obligation to Quinn. At this later stage of his life, he has also told her that he enjoys the comfort that their marriage offers him.

Quinn has often made Eric laugh and brought spice to his life which must have been exhilarating. He also enjoyed defending the outcast, believing that he was helping her to reform.

It is fair to assert that Quinn did improve herself, in spurts, since marrying Eric. But the connection with Carter Walton (Lawrence Saint-Victor) did more than hurt Eric emotionally. It appeared to reveal that Quinn is incapable of achieving a complete transformation.

Donna Logan (Jennifer Gareis) is not seen as sharp by people like Quinn. Sofer’s character and other schemers believe that Donna is dumb. She is not. Instead, Gareis’ character does not need to consider all the angles because of her upbeat outlook on life.

Most importantly and impressively, Donna’s love for Eric has endured. While they have not been married in more than a decade, Donna stated that Eric is still the love of her life.

Can Quinn truthfully claim the same? It is arguable that Quinn’s greatest love is herself. While that assessment may be harsh, it can be asserted, and reinforces her contrast with Donna.