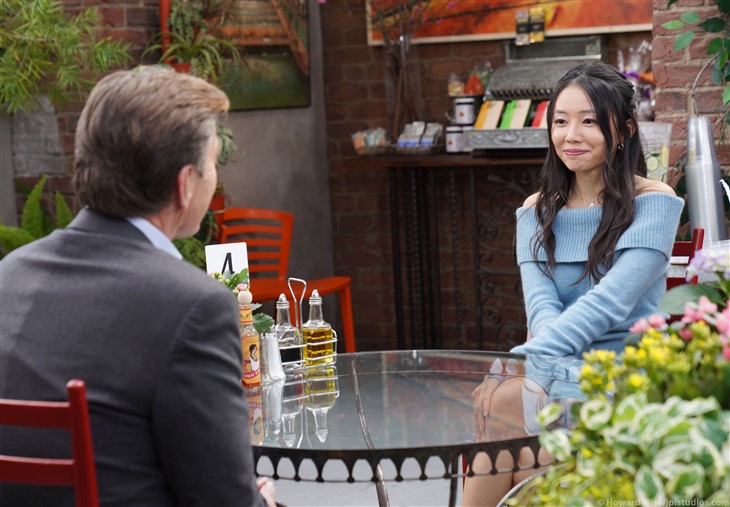 The Young and the Restless spoilers document that the Abbott family rejected Diane Jenkins (Susan Walters) but accepted Allie Nguyen (Kelsey Wang). Both reactions were expected because of what Diane did in the past and Allie’s connection to Jack Abbott (Peter Bergman).

Kyle Abbott (Michael Mealor) is the lone dissenter where his mother is concerned, with his uncle, Billy Abbott (Jason Thompson), also giving Diane the benefit of the doubt. Billy’s conclusion is based on his screw-ups and likely the reputation that his mother, Jill Abbott Atkinson (Jess Walton), sports.

Luan Volien Abbott (Elizabeth Sung) lived in Genoa City, Wisconsin, in the mid-1990s. Y&R’s ratings glory days were playing out back then. While this soap remains popular around the world, the entertainment landscape has drastically changed since Jack learned Luan was living in town.

Of course, Luan came to tell Jack they had a son. She became pregnant while Bergman’s character was serving in Vietnam in the 1970s, which was before the character who was originally played by Terry Lester (Jack), debuted on the show.

The build-out of Jack’s backstory began in 1994 and ended in 1996, with Luan’s untimely death due to a terminal illness. Her passing created a rift between Jack and Keemo. It led to Moon’s character leaving GC with his half-sister, Mai Volien (Marianne Rees), and never returning.

The Abbott family is all on the same page, not referencing the script in this instance. The death of Dina Mergeron (Marla Adams) helped this clan to heal past wounds and pull together since then.

Jack’s sisters, brother, and son are happy that he became aware of his granddaughter earlier this year. However, everyone, starting with Jack, was not pleased that this information was delivered by Diane.

Walters’ character was tagged as a destructive schemer leading up to her supposed murder. But Diane has a soapy hill to climb now that the Abbotts know she is alive and wants to restore her relationship with a trusted member of the family.

Kyle loves his mother. During the post-game chat session, which followed Diane voluntarily leaving the Abbott mansion, even Jack said that her love for Kyle is not in question.

Diane will be harshly judged on every word and action for a long period, maybe forever. That is the box she has packed herself into on Y&R.