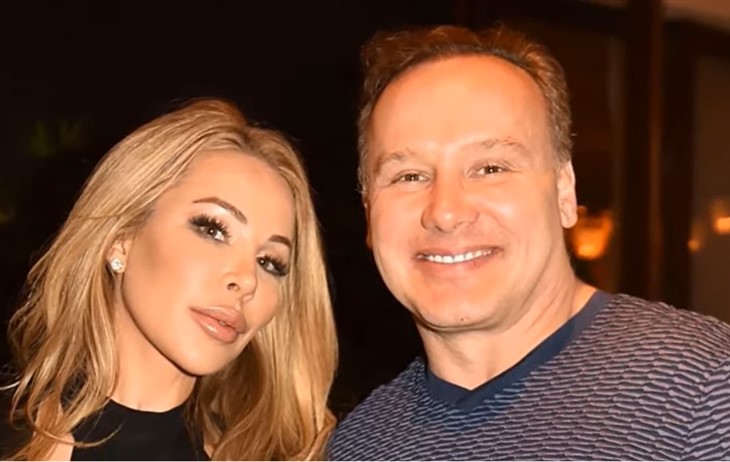 Real Housewives of Miami (RHOM) started out with Lea Black, Larsa Pippen, Adriana de Moura, Alexia Echevarria, and Marysol Patton. Lisa Hochstein was also there from the beginning, along with Cristy Rice, Joanna Krupa, Ana Quincoces, and Karent Sierra. This weekend, rumors arose that Lisa and Lenny got into a public spat and their relationship might be done and dusted.

Real Housewives Of Miami – Drama For Lenny and Lisa Hochstein

The show got a reboot by Andy Cohen and fans seemed very excited. After all, there’s always room for local fans to adore the wealthy socialites in their city. Mind you, there’s more slamming and trolling than adoration because the franchise is so good at creating drama. Actually, fans thought something was a bit awkward between Lisa and Lenny in the latest season of the show.

Real Housewives of Miami fans recalled how Lisa talked about an “emotional affair” between the couple. She said in Season 4, “We almost got a divorce, and it was devastating. During this separation, Lenny had this emotional affair with some $2 hoe.” So, it’s no massive surprise that a blow-up took place

The report about a big fight between the couple came via Page Six. The outlet reported that multiple sources talked about it. The outlet noted, “An insider says Lenny, 55, was partying at new Miami hotspot Gala with model Katharina Mazepa when Lisa, 39, showed up after 1 a.m. with co-star Larsa Pippen by her side.”

Apparently, words took place as Real Housewives of Miami star, Lisa confronted them. During the argument, allegedly, a “drink was thrown.” And at the end of it, someone said Lisa felt really “shocked” by what happened. Well, Lenny told the outlet that their relationship is not over. However, fans don’t buy that.

Real Housewives Of Miami – Fans Discuss The Report On Instagram

The news about the Real Housewives of Miami stars was discussed after @bravohousewives shared it on Instagram. One fan said, “It was clear he wasn’t into her anymore. She was like his Barbie doll and now he’s on to the next experiment.”

Then another one opined, “Well I think a lot of us saw that coming.”

Here are a few more comments that indicate that fans think it really is all over or nearly done between the couple:

Not surprised…..he doesn’t seem into her this season…..

they definitely seemed awkward last year. And her story about his “emotional affair” 🙄I call BS.

Well on the last season you can tell he was checked out so it would [not] be a shocker.

Her relationship didn’t seem genuine. It was like she has to remind him… hey I am over here. He appeared checked out this season.”

Be sure to catch up on everything happening with RHOM right now. Come back here often for more Real Housewives Of Miami spoilers, news, and updates.