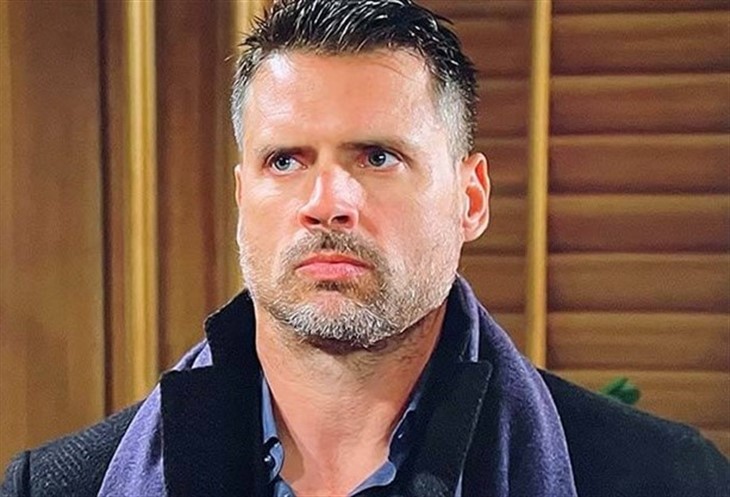 The Young and the Restless spoilers document that Nick Newman (Joshua Morrow) has provided tremendous support to Sharon Rosales (Sharon Case). His importance in the history of her life is undefinable.

Sharon just lost her husband, Rey Rosales (Jordi Vilasuso). The heart attack he suffered while driving was completely unexpected, as the only heartache he suffered involved Adam Newman’s (Mark Grossman) interference in his marriage.

As devoted viewers recall, Nick and Rey did not hit it off initially. But that was based on Rey’s initial investigation of Newman Enterprises and Nick’s evergreen protective feelings for Sharon.

One would never know that Sharon’s husband just died in middle age when seeing her talk with Nick in the cottage. That famous setting was the first threshold Nick carried Sharon over in the 1990s, which now seems like ages ago.

Sharon has been keeping her emotions in check since Rey’s death. She decided to remain what she is terming strong. But Nick, their children, and her oldest child, Mariah Copeland (Camryn Grimes), know that Sharon is not Teflon.

As an early aside, hopefully, TPTB are writing Sharon toward a display of raw emotion. While she has not brushed off Rey’s death, a realistic set of scenes dealing with it has not been shown to date.

This subject header question, and many others like it, have been asked by viewers for years. Sharon and Nick have re-paired since being intentionally split following Cassie Newman’s (Copeland) death.

Hardcore fans who hoped to see Sharon and Nick remarry have been twice denied, with trips to the altar failing. However, in the land of daytime, everything is always possible.

So, Nick’s renewed closeness to Sharon in recent months, which Rey noticed in the months preceding his death, may prove to be a foreshadowing. Nick ended his relationship with Phyllis Summers (Michelle Stafford) months ago, leaving him single and fully available for Sharon to lean on.

The Young And The Restless Spoilers – What Does Sharon Rosales Want?

Sharon will not get over Rey by falling back in love with Nick. No, it would likely happen differently than that.

The complex nature of Sharon and Nick’s relationship has included both halves of this one-time couple betraying each other. But their loyalty has rebounded, with an enduring friendship and potential for a more mature relationship realistically ahead on Y&R.