General Hospital Spoilers: Britt Proves Her Loyalty And Friendship To Brad And Nikolas 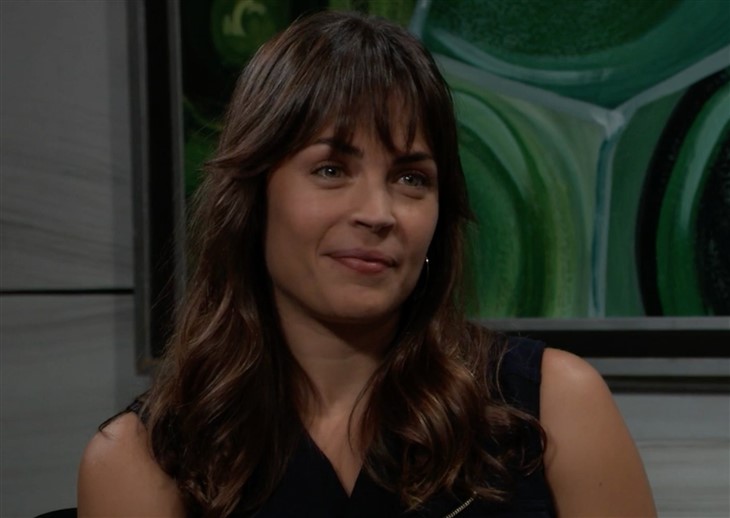 General Hospital (GH) spoilers and updates tease Dr. Britt Westbourne (Kelly Thiebaud) has wanted to stand by her friends. Britt has been hoping that Brad Cooper (Parry Shen) will be able to get his life back on track. Britt has wanted to help Nikolas Cassadine (Marcus Coloma). Britt knows that Nikolas has been having trouble with his son Spencer Cassadine (Nicholas Chavez). Britt is determined to help Brad and Nikolas find a way to deal with their problems.

Britt has wanted Brad to put his past behind him. Brad had gone to jail for taking Wiley Quartermaine-Corinthos (Viron Weaver) from his father Michael Corinthos (Chad Duell). Brad got Wiley from his mother Nelle Benson (Chloe Lanier). Britt knows that Brad has felt regret over what he did with Wiley. Brad has wanted to get a job at General Hospital. Britt has asked Dr. Terry Randolph (Cassandra James) to give Brad a chance.

Terry is considering giving Brad a job as an orderly. Brad is hoping that he will get the job because he does not want to depend on his aunt Selina Wu (Lydia Look). Selina wants Brad to help her with her gambling games that she hosts at the Savoy. Brad has been reluctant to be work with Selina because she is in the mafia. Britt has wanted to keep Brad from having to work with Selina but Selina has information on Britt that could get her into trouble with the law. Britt is determined to find a way to stay out of trouble but help Brad.

Britt and Nikolas had been in a relationship in the past. Britt has been able to stay close to Nikolas. Britt knows that Nikolas has been having trouble with his marriage to Ava Jerome-Cassadine (Maura West). Nikolas wanted to help Spencer and his girlfriend Esme Prince (Avery Kristen Pohl). Nikolas asked Spencer and Esme to move into Wyndemere. Ava has been upset with Nikolas because she does not like Esme.

Esme has caused trouble for Ava and Nikolas in the past. Esme has framed Trina Robinson (Tabyana Ali) for a crime that she did not commit. Esme filmed Josslyn Jacks (Eden McCoy) and Cameron Webber (William Lipton) having sex for the first time and broadcasting the footage online. Ava has been trying to help Trina to prove that she was not responsible for the video. Nikolas has wanted to believe in Esme which has infuriated Ava. Nikolas may want to get help to figure out what he needs to do about keeping the ones he cares about in his life. Nikolas may turn to Britt for advice. Britt may tell Nikolas that he needs to fight for Ava. Britt may believe that he should distance himself from Esme but still support Spencer.

General Hospital Britt intends on helping Brad and Nikolas to get what they want. Britt wants Brad to get to live a life that is away from the criminal underworld that Selina is a part of. Can Britt find a way to convince Selina to let Brad live the uncomplicated life that he is wants to live? Britt wants Nikolas to be able to hold onto his family.

Britt may believe that Nikolas needs get Esme out of his life. Can Britt convince Nikolas to turn his back on Esme in order to hold onto his marriage to Ava? Britt will want Nikolas to get close to Spencer again. Will Britt help Nikolas and Spencer to get back their close family bond? Be sure to catch up on everything happening with GH right now. Come back here often for General Hospital spoilers, news, and updates.