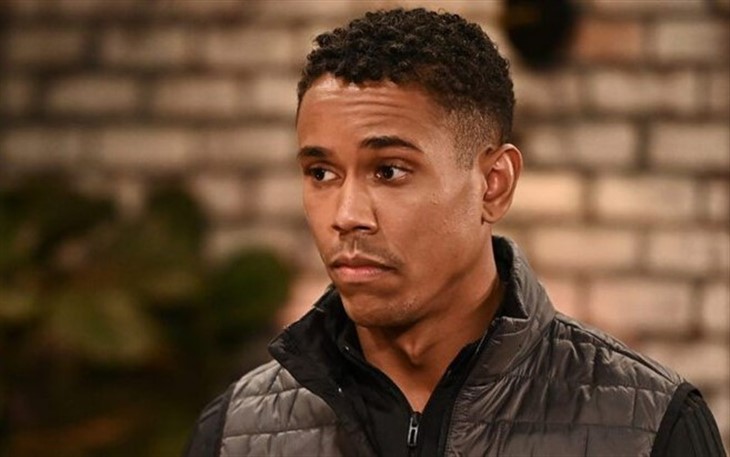 General Hospital spoilers and updates tease that TJ Ashford (Tajh Bellow) will find Marshall Ashford’s (Robert Gossett) pills and tell Curtis Ashford (Donnell Turner) what they’re for! Curtis will get a lot of answers about his father in upcoming episodes of GH!

Previous GH episodes revealed that Marshall is on a medicine for schizoaffective disorders called Risperidone; he was in the hospital with Sonny Corinthos (Maurice Benard) standing close by. Marshall had dropped his pill bottle which rolled towards Sonny, and Sonny stopped it with his foot, and seemed to recognize it. Risperidone is used for various forms of schizophrenia and also for bipolar disorder – which Sonny suffers from.

TJ, as a doctor, even though he is not a psychiatrist knows what the medicine is for, and even a layman can look them up. There are many prescription drug websites on the internet that show how to identify them, what they do, and any side effects.

Curtis knows from the police reports that he got from Selina Wu (Lydia Look) that Marshall was in a mental hospital but not all the details. It didn’t say what if any diagnosis there was and not a lot about the behaviors that had gotten him arrested at the protest to begin with. TJ explains what the medication treats and describes the symptoms of the illnesses that Marshall may be suffering from. Curtis begins to understand that the enemies Marshall was running from could have been caused by his illness – it could have been paranoia or hallucinations. TJ notes that Marshall could also have been afraid of his symptoms and his diagnosis – not just ashamed; perhaps he was afraid he would hurt his family.

TJ also explains that medicine, especially the field of psychiatry and the study of psychiatric disorders is a lot more advanced now and better understood then when Marshall was diagnosed. There was one main antipsychotic drug that would have been used to treat schizophrenia with hallucinations, and that was Haldol. But often patients would not be able to function or to live even moderately normal lives due to the severe sedative effects of the drug, and it did nothing for bipolar.

As for the fear of being diagnosed or known to have a mental disease, yes, there was a stigma; thirty years ago medicines were just being developed to treat them. TJ tells Curtis prior to medications depression was treated with electroshock treatments and disorders like Marshall’s by lobotomies, which were operations to remove parts of the brain!

GH Spoilers – Curtis Ashford Has A New Understanding And Attitude

After hearing this, Curtis has a new understanding and attitude towards his father and even some empathy and compassion. If he had an illness that caused him to go out of control and had a wife and family he’d have done the same thing! Curtis and TJ don’t know for sure that is why Marshall disappeared and his death was faked because the conversation hasn’t come up. But uncontrollable behavior and thoughts due to an illness that would have been difficult to successfully treat back then would be a tough thing, and very scary to live with!