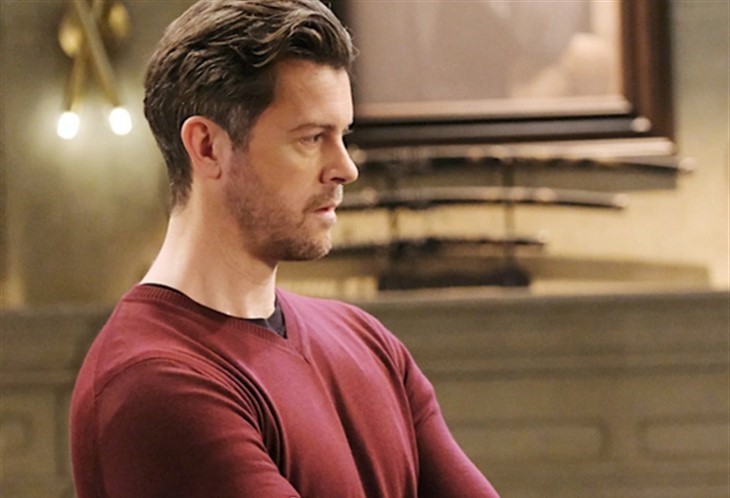 Days of Our Lives spoilers and rumors tease that EJ DiMera (Dan Feurreriegel) and Lucas Horton (Bryan Datillo) will once again be at odds when Sami Brady (Alison Sweeney) returns! She’ll find her way back to Salem in future DOOL episodes!

Previous DOOL episodes revealed that Sami appeared to be missing, with Roman Brady (Josh Taylor) extremely worried about his daughter! He couldn’t reach her by phone and asked Kate Roberts (Lauren Koslow) if she’d heard from her son Lucas, since he and Sami had left town together. She hadn’t; and she put calls into him but couldn’t reach him either, but she wasn’t especially worried, maybe they were somewhere out of range.

Then, Lucas came back to Salem on his own and by himself, and Roman, naturally had a lot of questions about Sami that Lucas couldn’t or wouldn’t answer! A few weeks later, however, Sami shows up, also by herself and on her own!

DOOL Spoilers – Where Was Sami Brady And Where Was Lucas Horton And Why Didn’t They Show Up Together?

Roman, with his years of being a spy and a cop in the past likely remains suspicious as to what really happened, since neither Lucas nor Sami are giving details! Kate may know more than she is revealing about Lucas’ part of it, because he may have been away from Sami making sure his brother Philip Kiriakis (Jay Kenneth Johnson) was getting the help he needs. Lucas and Kate both know Sami would have run her big mouth and divulged Philip’s location and condition had she known, and his location and condition have to be secret! Philip was in a lot of trouble when he tried to frame Brady Black (Eric Martsolf) for his murder, and even Kate and Victor Kiriakis (John Aniston) were fooled.

Now that EJ has divorced Sami in a rage, and had an affair and he’s single again, he decides he wants her back, and pulls out all the stops! He even tries to bribe Gabi Hernandez (Camila Banus) into giving Sami’s necklace back that fell off when Lucas kidnapped her in front of the Hernandez house! It’s a good bet Lucas removed the necklace since EJ was the one who bought it, but Gabi says no dice – finders keepers, losers weepers!

Lucas and Sami haven’t broken up, far from it, and Sami doesn’t want to go back to EJ! But he starts battling Lucas for their ex-wife anyway, and he doesn’t give up easily!

Nobody’s buying what EJ is selling, making the same old promises to Sami that he’s made time and time before. When they were together this last time she actually had hope that he has changed, but after getting a taste of being with Lucas she decided she wanted him. That should have been the end of the story, but since Sami and EJ were still legally married at the time, that’s what caused the problems! EJ claims to have realized how wrong he was and how much he missed Sami, but no one in Salem can attest to that – he never tried to find her!