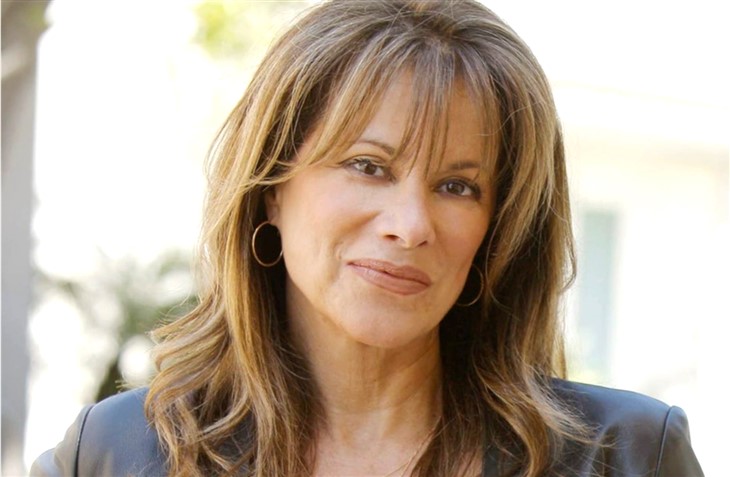 General Hospital’s Nancy Lee Grahn, who has played Alexis Davis for over two decades, tends to firmly voice her beliefs on her social media accounts. Whether it is a political post or about a franchise she feels is treating someone unfairly, Nancy’s inner Alexis comes out. What is Nancy’s beef with Starbucks?

General Hospital’s Nancy has chosen once again to stand up for something she holds near and dear to her heart. Nancy has openly taken a shot at Kevin Johnson, the CEO of Starbucks. Nancy states that Johnson increased his salary last year by 40 percent. Nancy states that “His baristas average $11.82 an hour. Several Starbucks workers were fired for attempts to unionize. I’m saving about $30 a week by not buying Starbucks. It’s been 6 weeks so far.” It seems that Nancy is not suffering after walking away from Starbucks. All of this stems from Starbucks raising the prices of their coffee after making a 31% increase in profits last year.

GH Spoilers  – Nancy Lee Grahn Believes Others Should Join Her

General Hospital’s Nancy is not only upset over Starbucks prices but their tendency to resist Unionization efforts as well. Grahn tweets, “Is it that hard to get a coffee somewhere else besides #Starbucks? We can actually hurt these Companies if we’d just collectively not buy their anti union overpriced S**t! #UnionsWork.” “I stopped Starbucks when the pandemic happened. Before that, I was going daily. I don’t miss it and I’m saving money. Coffee at home is just fine. Besides, they got rid of my Skinny Cinnamon Dolce so there is really no reason for me to go there anyway,” along with, “Horrible coffee. Coffee Te Leaf and Bean, or something like that. Or get Trader Joe’s Organic Fair Trade, make it yourself and take with. Cheaper, better for the planet and your taste buds.”

GH Spoilers: Sonny To The Rescue When Bobbie And Carly Gang Up On Nina https://t.co/gcIwyWG5jZ #GeneralHospital #Spoilers #GeneralHospitalepisode pic.twitter.com/ewMvQy8whJ

General Hospital’s Nancy hasn’t only stood up against Starbucks. Nancy and Ingo Rademacher (ex-Jasper Jacks) bumped heads over issues as well. Not only was Nancy against Donald Trump, who Ingo supported, and Nancy didn’t. Nancy and Ingo, as well as Steve Burton (ex-Jason Morgan), clashed over Covid vaccine requirements as well. Grahn seemed to rejoice when both men lost their jobs over their refusal to be vaccinated. Nancy wanted a safe work environment even if it forced people to take vaccines that they didn’t believe in.
Nancy alone is not enough to shut down Starbucks. However, if Nancy’s followers jump on the bandwagon they could make a difference Will Starbucks executives pay attention to this boycott? Will a union finally get far wages for Starbucks workers?