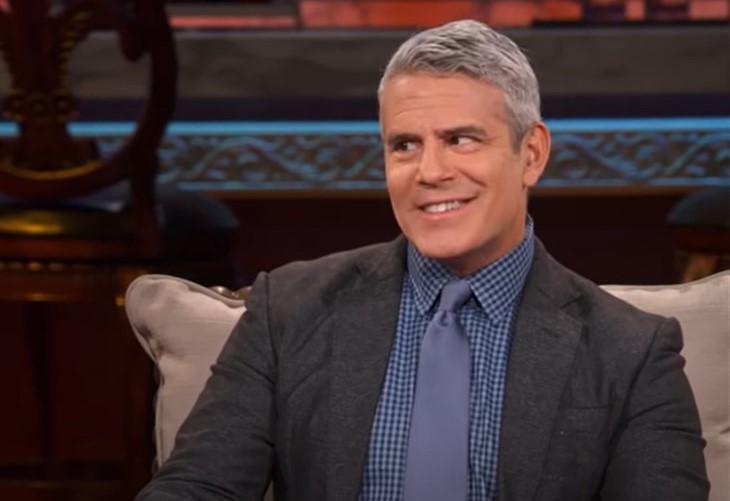 RHONJ, (Real Housewives of New Jersey) fans seem a bit taken aback by Andy Cohen who shared a very unflattering photo of Teresa Giudice. Actually, it’s not like him to deliberately choose a photo that makes the Bravo cast look bad. So, one fan wondered if he sent her a message about marrying Luis Ruelas without a prenup.

Bravo fans are well aware that Teresa seems blind to any problems with marrying her new guy, Luis Ruelas. For a start, it came over as a deliberate manhunt for the show after she hunted him down.

Encouraged by Melissa Gorgas, fans wondered if the new relationship would come to anything. Surprisingly, it seems that the veteran cast member not only feels for Luis but also swallowed the whole storyline for breakfast.

RHONJ fans often wonder if Bravo execs rubbed their hands with glee when Joe ended up deported to Italy. After all, it opened up a whole new world of seasons for them.

In fact, ratings soared when it all went down and Teresa declared that he’d divorce him. Never mind that there was pain and hardship, especially for their kids.

Redditors spotted a photo shared by Andy and they promptly shared it on the r/realhousewives subreddit account. In it, Teresa didn’t look violent or overly emotional. However, she did look a bit odd.

Of all the people in the photo, her eyes were closed. Surely he could have found a more flattering photo of Joe’s ex?

RHONJ fans discussed the possibility that he deliberately shared Teresa Giudice looking bad. Mind you, even with her eyes closed, some folks still thought that she looked good. However, it’s always fun to speculate on cryptic messages.

Real Housewives Of New Jersey  – A Message About No Prenup?

One RHONJ fan, u/msanderson10, suggested that Andy Cohen really exposed his thoughts about Teresa marrying Luis Ruelas with no prenup. They commented, “Because she said no prenup. if she is going in with closed eyes then why not?”

The news that Teresa seemed quite happy with no prenup was widely reported in February this year. Page Six noted that Gia referred to her dad Joe signing a prenup and hinted that Teresa didn’t want one because of that. At the time, Andy asked, “Why wouldn’t she sign a prenup to protect what she has and to protect what he has?”

What are your thoughts? Do you think that Andy shared a photo of Teresa with her eyes closed because she’s not really thinking things through as she blindly rushes into marriage? Sound off your thoughts in the comments below.