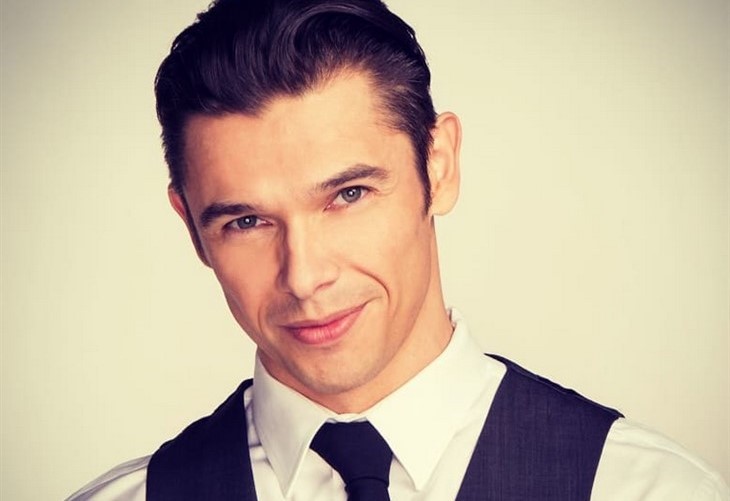 Days Of Our Lives spoilers and updates tease that Paul Telfer has something exciting to share with his fans. The actor took to Instagram to reveal some great news about his wife, Carmen Cusack.

The actor, who plays the role of Xander Kiriakis on the daytime drama, revealed that his wife got nominated for her second Tony Award, which was announced last May 9. Cusack was nominated for Best Performance by an Actress in Leading Role in a Musical category.

Days Of Our Lives Spoilers – “So proud Of Carmen Cusack Today,” Telfer Said In His Instagram Post.

“Her Tony nomination was no small feat, not just because its a testament to her own incredible performance, but a ‘miracle’ that the she even got the chance to share that performance at all!” he continued.

He shared that his wife’s performance at the musical was a miracle, given that Broadway had to shut down. They wondered if Flying Over Sunset would ever return. It took more than a year before Broadway reopened its doors, and the show was put back on amid the spread of the Omicron variant.

The devil has wreaked havoc in the lives of Johnny DiMera (Carson Boatman) and Chanel Dupree (Raven Bowens). He will admit that he never stopped loving Chanel even if the devil tried to push her away.

Johnny and Chanel got a divorce but the former wants to take her back again as his wife. He’ll make a romantic gesture and hope that Chanel will accept his proposal. He will try to convince Chanel. But will he succeed?

Days Of Our Lives Spoilers – Is Chanel Dupree Ready For Marriage?

As for Chanel, she wants to take things slow with Johnny. She realized that their wedding was an impulsive decision. She wants to stick to dating, at least for now. Fans may recall that she had to go through a lot of heartbreaks because of the devil’s manipulation. She still needs to work through it all before she agrees to start taking risks once again.

Chanel and Allie broke up because of the devil’s work too. The pair will have serious conversations, and Allie will have difficulty containing her emotions. Will she rekindle her romance with Chanel, or will she choose Tripp Johnson (Lucas Adams)?