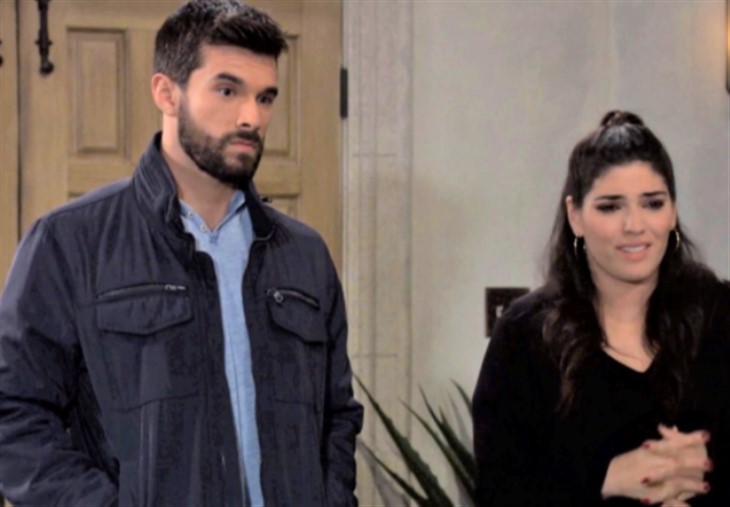 General Hospital spoilers and updates tease that Brook Lynn Quartermaine (Amanda Setton) and Harrison Chase (Josh Swickard) will have yet another potential intimate moment interrupted! This one will be a shocker, because Linc Brown (Dan Buran) will unexpectedly show up in an upcoming episode of GH!

General Hospital Spoilers – Oh No, Not HIM Again!

The last time Linc was seen in town was at the opening of The Savoy, and Marshall Ashford (Robert Gossett) was seen talking to him. Curtis Ashford (Donnell Turner) was in a bind, with the two bands he had booked had cancelled at the last minute. Since that time, it was revealed that Marshall played his clarinets in clubs all over the East Coast in jazz clubs, so that is probably where he knew Linc from.

That particular time Linc saved the day by Marshall negotiating with him to have his band play that night, and at a discount. Brook Lynn saw him later in the evening and was upset, and Curtis showed him a sketch of Marshall, then Marshall saw and told Linc to leave.

Linc had been Brook Lynn’s shady manager, and viewers will remember he had given her back the rights to her music in exchange for her ELQ shares. That is what led up to Brook Lynn’s scam of Valentin Cassadine (James Patrick Stuart), regarding perpetrating a fake pregnancy to get her shares back from him. Even though that night at The Savoy, Brook Lynn was obviously still intimidated by him, she should have no legal ties or unfulfilled contracts by now. That should have all gone away years ago and she should be free and clear; she should in theory never see Linc again unless by happenstance. But little does she know that she’s going to have problems with him again, and it will be quite a predicament!

It seems like every time Brook Lynn and Chase decide to try and move forward past their mixed messages they’ve been getting from each other something happens! There’s definitely something there between them that is worth exploring, so they finally decide to try a romantic dinner date. Even little Leo Quartermaine (Easton Rocket Sweda) can tell that they “like” each other and he made Chase promise to take Brook Lynn on a date!

That was a shock – Chase had heard that autistic children can be very intelligent and very precocious but he didn’t think Leo even knew what a date meant! But Chase knew he had to keep his promise to Leo and he told Brook Lynn his request – she didn’t actually need Leo’s intervention but of course she said yes!

As Chase and Brook Lynn are in the middle of their romantic dinner date and finally getting somewhere, a rude interruption takes place that is totally unexpected! It turns out the band that is playing at the venue is one of Linc’s clients, and he spots Brook Lynn and makes a beeline for their table! Brook Lynn thought she was far beyond ever having to deal with Linc or seeing him again, and both she and Chase are angry! It’s not a formal meeting by any means, but Linc tells her that his attorney will be in touch with her soon; she hasn’t finished her singing contract! That’s going to be a real problem, because she hasn’t been able to sing since Nelle Benson (Chloe Lanier) stabbed her in the vocal cords with scissors!