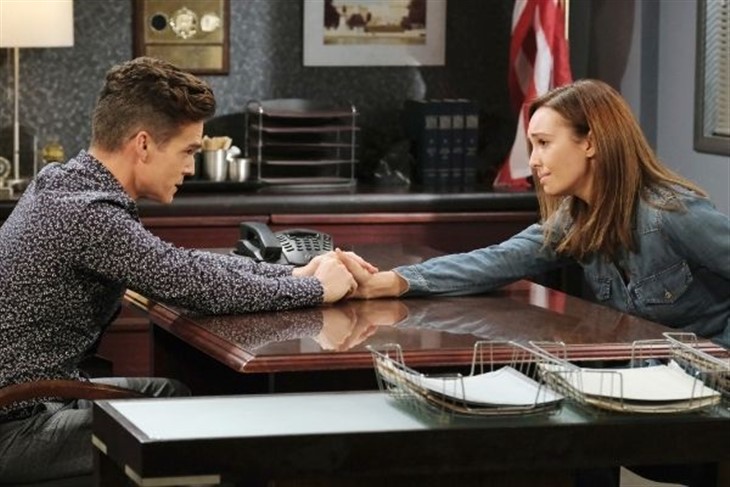 Days of our Lives (DOOL) spoilers and updates tease Leo Stark (Greg Rikaart) is on a personal mission. Leo was going to get married to Dr. Craig Wesley (Kevin Spirtas). Leo had been planning to get money from Craig after they were married. Leo and his good friend Gwen Rizczech (Emily O’Brien) were going to have a double wedding. Leo and Gwen did not get to have their double wedding. Leo has been angry that he was not able to get married to Craig and has decided to go after the ones who stopped him.

Days of our Lives Spoilers: Leo Stark Wants to Even the Score with Nancy Wesley

Leo had been able to get Craig to end his marriage to Nancy Wesley (Patrika Darbo). Craig has been able to embrace his true self and admit that he wants to be with men because of Leo. Leo had fallen in love with Craig and was looking forward to his future with him. Leo was shocked when Craig’s daughter Chloe Lane (Nadia Bjorlin) wanted him to sign a prenuptial agreement. Leo was reluctant to sign but decided that he would do it for Craig.

Leo thought that he would be able to get married to Craig but Chad DiMera (Billy Flynn) stopped the wedding. Chad had brought Leo’s husband Jackie Cox AKA Darius Rose Cooper (Jackie Cox) to the wedding. Jackie told Craig that he and Leo had planned to take his money. Craig was devastated and broke up with Leo. Craig told Nancy that he needed to leave Salem. Nancy wanted to show her support for Craig. Leo may believe that Nancy convinced Craig to leave Salem and him. Leo may decide that he will try to find a way to go after Nancy.

Leo has wanted to get Gwen to help him to go after the ones that took Craig away from him. Leo has been able to publicly embarrass Chad for his part in keeping him from marrying Craig. Leo wants to go after Chloe and her boyfriend Brady Black (Eric Martsolf) for getting him to sign the prenuptial agreement. Leo wants to take down Sonny Kiriakis (Zach Tinker) and his husband Will Horton (Chandler Massey) for conspiring against him. Sonny and Will wanted to convince Craig that Leo would hurt him and try to take his money. Leo has been able to turn to Gwen for help in the past. Gwen has been dealing with her own problems. Gwen has gotten into trouble with the law. Gwen and her fiancé Xander Cook (Paul Telfer) have ended their engagement. Gwen wants to face her legal problems in order to make a fresh start. Gwen is reluctant to help Leo to go after the ones who took Craig away from him.

Days of our Lives Leo has many people that he wants to hurt because he lost Craig. Leo may believe that his next target should be Nancy. Leo and Nancy may have a tense encounter. Will Leo try to take out his frustrations on Nancy? Leo wants Gwen to help him but he knows that she is trying to find a way to get her life back on track. Will Leo be able to convince Gwen to help him to strike back against the ones who kept him from getting to be with Craig? Be sure to catch up on everything happening with DOOL right now. Come back here often for Days of Our Lives spoilers, news, and updates.