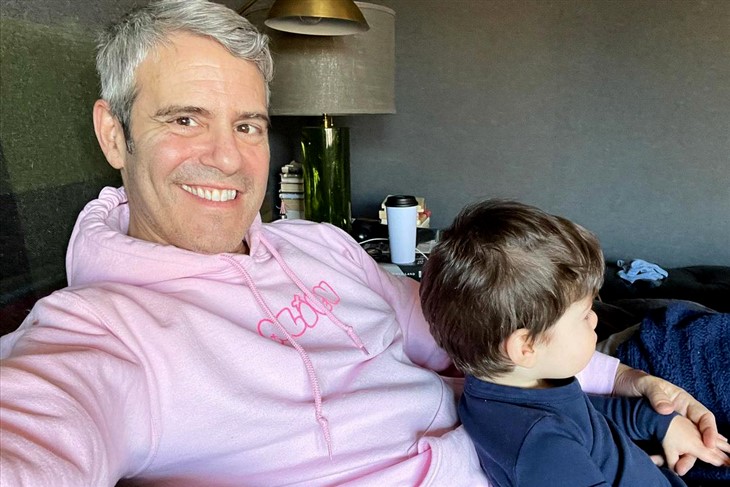 Andy Cohen is best known as the host of the Real Housewives franchise on Bravo. However, he’s also fast becoming recognized for his parenting skills. This week, he and his son Ben came across a spider in their apartment. How did he cope with it, and why did it become a crisis? Read on to find out!

Recently, Bravo fans saw that the host seemed to send Teresa Giudice a message. Well, if he did, it wasn’t a very nice one. In that post, he shared an unflattering photo of Teresa with her eyes closed. So, fans thought that he mocked her for not signing a prenup with Luis Ruelas. However, on May 18, he sent another message — this time, to his son Ben.

Off of the shows, Andy Cohen shares a lot of stuff about his private life with his son Ben and his new daughter, Lucy, Fortunately, he still gets to spend time with Ben, who fast becomes a fan favorite. So, he took to his Instagram Stories and revealed that he and Ben encountered nature. Whilst it ended up as a bit of a crisis, it was in a good way. And, he sent his son a message about nature.

When the Real Housewives host found a spider running across the floor in their apartment, he didn’t freak out and slam it into its next life with a hammer.

Instead, he and Ben discussed little “Mr. Spider Man.” In the Instagram Story, Ben heard his dad describe it as “cute.” Additionally, he asked Ben what name they should give the intruder. So, he suggested they call it, “Otto.”

Andy Cohen revealed another clip, and he told his Real Housewives fans that he and his son tried to construct a home for Otto. However, Otto seemed less than thrilled with the idea. So he disappeared. Oh No! It was a bit of “a crisis,” but they continued their construction.

Next, Ben suggested that maybe they should check out the bathroom. So, that’s what they decided to do. Actually, this foray into nature seemed like a really nice way to stop his son from killing little animals out of fear or disregard.

RHONJ: Andy Cohen Sends A Message To Teresa About No Prenup? https://t.co/E1tQ3nftSP pic.twitter.com/YIMBIdmKfB

Real Housewives Spoilers – Nature And Ben – What Are Your Thoughts?

What are your thoughts about the way Andy Cohen from the Real Housewives franchise teaches his son Ben about nature? Do you agree that treating all animals with respect is the best way to go? What about helping his son overcome any potential fear of spiders? Do you wish that you knew a little bit more about the animals that share our planet? Sound off in the comments below.

Be sure to catch up on everything happening with Andy Cohen and Ben right now. Come back here often for more Real Housewives spoilers, news, and updates.