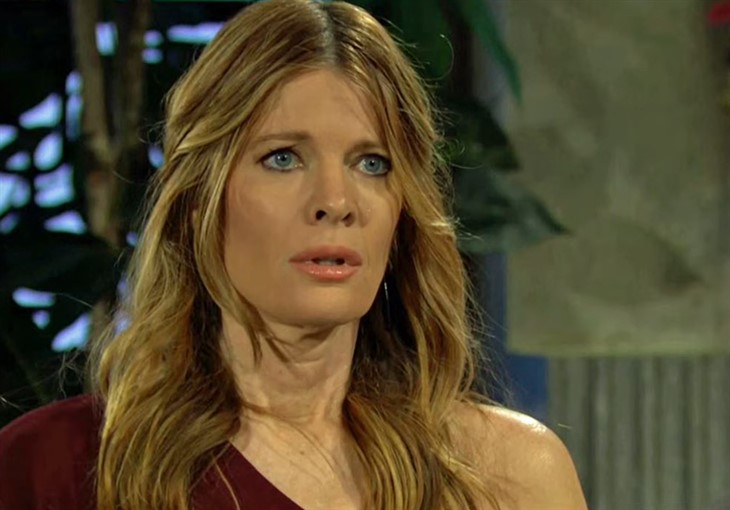 The Young and the Restless spoilers document that Phyllis Summers (Michelle Stafford) has her eyes on Diane Jenkins (Susan Walters). Diane, having a gigantic ego, is okay with that.

Diane feels that she can do anything and get away with it, for example, faking her murder, facing no seeming legal punishment for doing so, and then starting anew in Genoa City, Wisconsin. Phyllis recognizes who Diane is because she used to live like that, as devoted fans recall.

Jack Abbott (Peter Bergman) loves Phyllis, not Diane. Stafford’s character might be in the process of renewing a romantic relationship with him. But whether she does or not, Diane is not an alternative option.

Jack was once known as Genoa City, Wisconsin’s top playboy. But those days are long gone.

The epic arc that he was part of in the recent past demonstrated who Jack is in modern times. Dina Mergeron (Marla Adams) encouraged her son to seek love again, and that is what he wants to do.

Jack’s pledge of love to Phyllis was unexpected when he made it last year. She has since split from Nick Newman (Joshua Morrow), which allowed her to spend much more time with Jack than she had in recent years.

As devoted viewers know, no one verbally defines Diane’s full name better than Victor Newman (Eric Braeden). He and Jack have never agreed on much. But they have a point of common interest when it comes to this threat.

Diane is for Diane, no ifs, ands or buts. While she does genuinely love her son, Kyle Abbott (Michael Mealor), and intends to have a relationship with Harrison Locke (Kellen Enriquez), she has been and remains willing to use other people to help her reach those goals.

Jack was used as a go-between to break the news of her astoundingly selfish, faked death scheme.

The Young And The Restless Spoilers – Phyllis Summers In Fierce Mode

Gina Tognoni’s (Phyllis) hire ushered in a new era for this character. Phyllis became distinctly softer. While no pushover, Tognoni’s edition was not nearly as me-first as Stafford’s original edition, and even Sandra Nelson’s (Phyllis in 1997 and 1998) was.

Diane is the one person who can bring out the worst in people. But no one should not play Diane’s game. So, let us say that people respond defensively and morph into protect mode when she targets their loved ones and friends.

The Young And The Restless Spoilers: Can Ashland Be Stopped – Victor Promises Punishmenthttps://t.co/lhqiTUzwxf#YR #TheYoungandtheRestless #YoungandRestless

Phyllis is serious about stopping Diane from doing damage to Jack. But she also knows Summer Newman Abbott (Allison Lanier) will likely be targeted by Diane because she will be seen as competition for Kyle’s attention.

So, Phyllis’ anti-Diane agenda is set. Viewers are seeing early scenes of what should prove to be an epic, soapy battle.