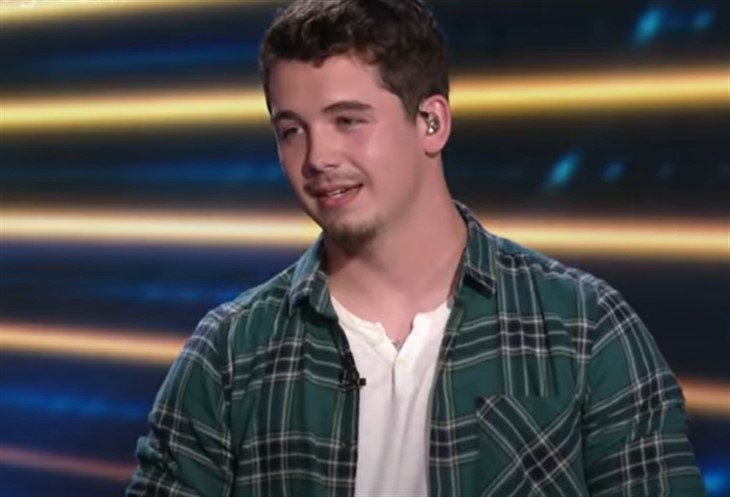 America Idol contestant, Noah Thompson, returned to his hometown of Louisa, Ky Tuesday after two months on the road for the show. However, the Lawrence county native received a few surprises along the way. How did Noah’s homecoming before the Idol finale play out?

American Idol’s Noah thought he was coming home to sing a few songs and tape some scenes for American Idol, whose crew followed the up-and-coming star around all day. Noah spent the morning doing interviews with newscasters and looking over the town. Louisa and Lawrence County business decorated their windows and placed signs at most businesses in the town to celebrate his run on American Idol so far.

Shirts celebrating Thompson were popping up everywhere including “Protect The Accent”. By the time the concert was halfway through, Noah had the month of April declared in his honor. Noah now has a sign on “Country Music Highway” declaring Lawrence County the home of Noah Thompson alongside legends like Keith Whitley, Ricky Skaggs, and Larry Cordle to name a few. Town hill road was renamed, Noah Thompson Lane, he received the second-ever “Gem of the Big Sandy” award. Noah was even named a Kentucky Colonel, the highest award given to a Kentucky resident.

American Idol – Filming For The Finale

The American Idol contestant came to town to visit and perform in a concert for his community. However, things were set up so that retakes could be done for American Idol as well. Cameron Marlow, whose song was the first Noah performed on American Idol sang with him as well. One of the members of the group Sundy Best joined Noah as well. A drown hovered over the crowd filming from different angles as Noah performed for his hometown crowd.

The American Idol finale is this Sunday on ABC and Thompson’s fans will be anxiously awaiting to see if their favorite wins the competition. Country music artist and American Idol judge, Luke Bryan has expressed his opinion that Thompson could take it all. Thompson is the only male cast member still in the running for the title of American Idol. Thompson needs his fans to continue to step up and vote for him this week to push him through to the win.

Will Noah Thompson become the next American Idol? Noah’s friends and his hometown community members believe so. Noah’s friend and co-worker Arthur Johnson submitted his entry and the rest, as they say, is history. Upon seeing the packed Lawrence County Kentucky football stadium at the High School this evening Arthur said, “I’m at a loss for words. We didn’t expect any of this. I didn’t think we would ever get to this point.” What does Lawrence County Kentucky have to say… “Everybody needs an Arthur”. Good Luck Noah!!

Be sure to check back often for updates and spoilers from American Idol. American Idol can be seen on Sunday’s on ABC at 8 p.m. Eastern time.