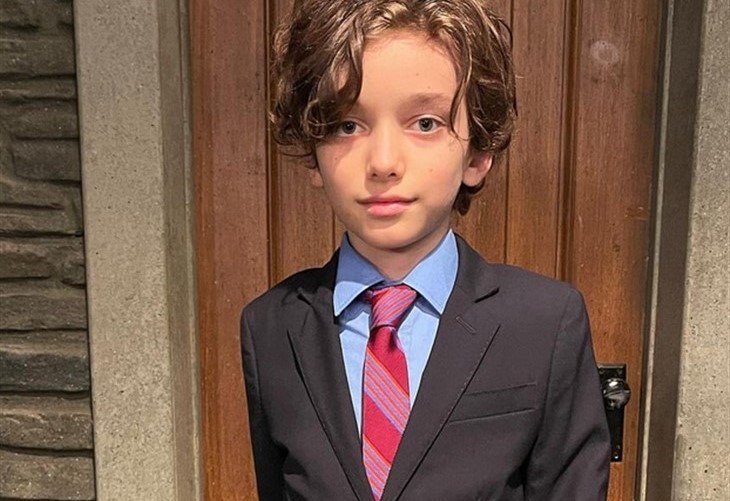 General Hospital spoilers and updates tease that Easton Rocket Sweda, also known as Leo Falconeri on the daytime drama, lands his first-ever movie gig. The young actor will star in The Present, which is currently in production in Los Angeles.

The movie follows the story of a smart young boy who finds an enchanted family heirloom that allows him to manipulate time. The boy and his siblings then come up with a plan to go back in time and prevent their parents from getting separated. The siblings eventually realize that there are things that they can and cannot control.

Other cast members include Isla Fisher, Ross Butler, and Greg Kinnear, to name a few. Fisher and Kinnear will play the role of parents. Meanwhile, Sweda, Shay Rudolph, and Mason Shea Joyce play the siblings in the film.

Dante Falconeri (Dominic Zamprogna) will start to feel worried after Sonny Corinthos (Maurice Benard) makes a huge decision. It may have something to do with Sonny making it his mission to go head to head with Michael Corinthos (Chad Duell) if the situation calls for it.

Sonny may offer more support to Nina Reeves (Cynthia Watros) after noticing Michael’s behavior amid their visitation hearing. Nina will welcome all the help she can get, especially if it’ll put her at an advantage for her legal battle against Wiley Quartermaine-Corinthos (Viron Weaver). Nina may ask the court to allow her to become a part of her grandson’s life.

Scott Baldwin (Kin Shriner) may also offer to help Nina by providing her with a secret weapon. It may have something to do with putting forward an unexpected witness. Things will heat up once it’s Michael’s turn to take the stand. The legal battle will be full of drama, and Nina, Willow, and Michael are acting on their decisions, which they feel are best for everyone.

Britt Westbourne (Kelly Thiebaud) will remain concerned about Brad Cooper’s (Parry Shen) connection to the mob. She doesn’t want him to get dragged into any criminal activities. Plus, she’s also worried about Selina Wu’s (Lydia Look) threats. She’ll also ask around about Brad’s job and whether he’s enjoying it. Fans will have to wait and see how Brad’s ties to the mob will affect him and his relationships with other people.