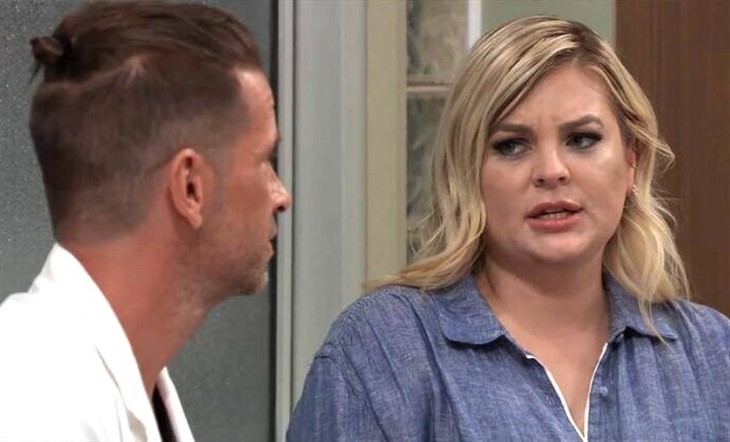 General Hospital spoilers tease that Maxie Jones (Kirsten Storms) and Dr. Austin Gatlin-Holt (Roger Howarth) has had a connection ever since he found her wandering alone in the woods in labor about to give birth. Austin delivered Maxie’s baby and although Maxie wasn’t entirely truthful with Austin, their connection remained strong. But now that things have calmed down in Maxie’s life, she has had the chance to explore their connection.

Right after she gave birth to her baby, Maxie gave the newborn to Brook Lynn Quartermaine (Amanda Setton) to raise. Maxie was afraid to let the baby’s father, Peter August (Wes Ramsey) find her. Peter came from a criminal family and Maxie didn’t want his influence on their little girl. So, Maxie lied that she didn’t know where her baby went after Austin was knocked out. But Austin remembered hearing Brook Lynn there which led to animosity between Brook Lynn and Austin.

Once Peter died and Maxie got her baby back, there was no reason for Maxie and Austin to hide their feelings. Although after Peter, Maxie is still a bit cautious when it comes to dating, she was still willing to explore the connection she and Austin have had since the beginning. But even though they have gone on several dates, there hasn’t really been a spark and that could spell doom for this couple!

Maxie’s other ex, Damian Spinelli (Bradford Anderson) still carries a torch for Maxie. Look for him to plead his case to Maxie once again. But can Maxie see herself with Spinelli romantically once again? Although Maxie has seemed to take Spinelli for granted in recent years, she does have a great fondness for Spinelli. Could she finally see Spinelli in a romantic sense? Or will she realize that it’s Austin she really wants?

Do Austin and Maxie have any chemistry? Or should they just remain friends? Is Spinelli the right man for Maxie? Anything can happen in Port Charles so stay tuned to General Hospital airing weekdays on ABC. And don’t forget to check back right here regularly for all your General Hospital news, information, and spoilers!