The Bold And The Beautiful Spoilers: Brooke Emboldened By Ridge’s Move – Bill Back In Contention For Love 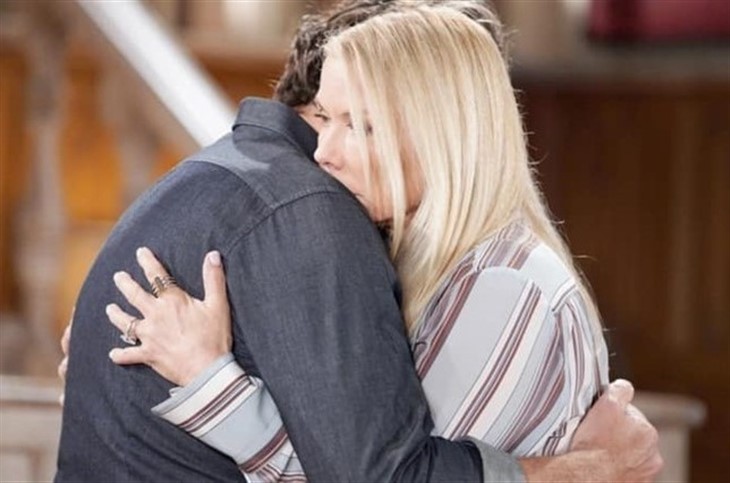 The Bold and the Beautiful spoilers document that Bill Spencer (Don Diamont) is not withholding his opinion about what Brooke Logan Forrester (Katherine Kelly Lang) should do. He believes that Ridge Forrester (Thorsten Kaye) has no place in her life.

Liam Spencer (Scott Clifton) was talking with his dad and brother, Wyatt Spencer (Darin Brooks), at the cabin. While Clifton has remained a regular presence on B&B, Diamont and Brooks have not been seen that often in recent months.

The conversation between the Spencer men centered on Brooke’s situation. She continues to hope Ridge returns to her. Liam, Bill, and Wyatt did not know it, but Ridge is adjusting his living situation.

Ridge stayed at the cliff house after he left Brooke. That happened because of the New Year’s Eve incident with Deacon.

Positioning Kaye’s character at the cliff house also allowed him to be there for Steffy Forrester Finnegan (Jacqueline MacInnes Wood) when she and John Finn Finnegan (Tanner Novlan) were shot by Sheila Carter (Kimberlin Brown). Steffy has been heavily leaning on her parents since being released from the hospital and needed their backing when she worked with the Los Angeles Police Department to set up Sheila’s recorded confession.

The resolution to the shootings released tension and allowed Ridge to feel comfortable leaving the cliff house. His choice, to move back with his dad, is a signal that neutral ground will allow a love life decision to be made.

Brooke has been beside herself since waking up aside from Deacon Sharpe (Sean Kanan) on New Year’s Day. Ridge relayed Sheila’s reveals which finally allows Brooke to know why she craved alcohol on New Year’s Eve.

Having Ridge come to the mansion and tell her what happened further affirms how much he cares for his Logan. She will be emboldened by the news, as it partially clears her guilt.

Ridge knows that Brooke was not involved with Deacon and does not love him. That important point and the champagne label switch news appear to improve Brooke’s odds of reuniting with Ridge.

Bill wanted to reunite with Katie Logan (Heather Tom) last year, but she is not interested. TPTB wrote their son, Will Spencer (Finnegan George), to boarding school. That signaled the Bill and Katie story line was on indefinite pause.

If Bill remains single, then he could stay focused on Brooke. He likely sees an opportunity to get back in with Brooke if Ridge allows the separation he imposed to extend much longer.

Brooke was married to Bill before remarrying Ridge. The kiss Brooke and Bill shared in the cabin in the recent past happened when neither was drinking. A genuine spark still exists between them, which could serve as encouragement for Ridge to make a decision.