The Bold And the Beautiful Spoilers: Spencer’s Weigh In On Brooke – Bill, Liam, And Wyatt Are Needed 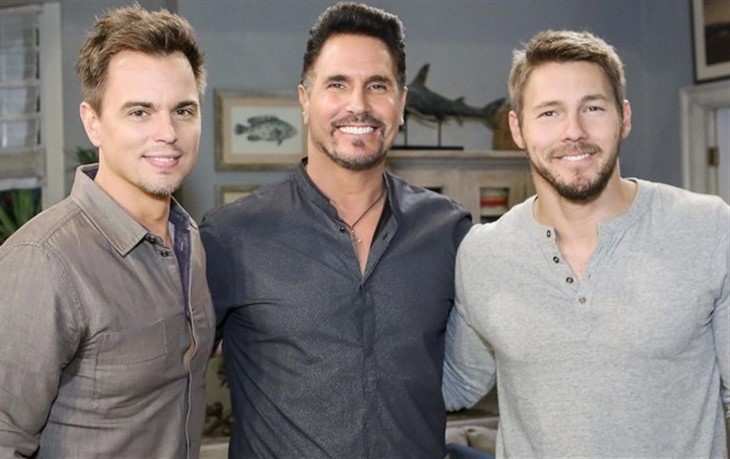 The Bold and the Beautiful spoilers document that Bill Spencer (Don Diamont) is not about to let Ridge Forrester (Thorsten Kaye) off the hook. He believes that Kaye’s character has treated Brooke Logan Forrester (Katherine Kelly Lang) bad for many years.

The current Brooke-Ridge split was caused by a misunderstanding that resulted through a revenge plot. The Spencer’s will soon know what Steffy Forrester Finnegan (Jacqueline MacInnes Wood) and her parents learned. Sheila Carter (Kimberlin Brown) engineered Brooke’s night of drinking nearly five months ago in real and soap time on B&B.

Liam Spencer (Scott Clifton) understands his dad’s point of view, as does his wife. Hope Spencer (Annika Noelle) does not often agree with Bill. But she does in this instance and told her husband so.

Bill was married to Brooke just prior to her remarrying Ridge in 2018. That seems like a lifetime ago because it is in the soap world and, as viewers know, for everyone on the other side of the screen due to the challenges everyone has faced in recent years.

Bill’s tie to Steffy is complicated, as he knew her when she was young. They became involved when Steffy was an adult, and experienced a memorable one-time, unexpected encounter in the Forrester Guest House. That led to incredible paternity test reveal scenes that were recorded in the backyard at the cliff house between Wood and Clifton’s characters.

So, it is no wonder that Ridge can not stand Bill.

Liam has often taken cues from whichever lady he is with during any portion of his love life. Steffy told Liam to return to Hope a handful of years ago. He did, and they married.

But Hope’s husband has remained tied to Steffy because they share a child, Kelly Spencer (Sophia Paras McKinlay). Along with that, their history includes a love that has not broken. Instead, it is not current and does not top what Liam currently feels for Hope.

Liam knows that Hope’s mother is a major influence in her life. Of course, the Spencer’s also live in the cabin on Brooke’s property as well.

The Bold And The Beautiful Spoilers – Wyatt Spencer Is Wanted Back

Darin Brooks (Wyatt Spencer) is in love with Flo Logan (Katrina Bowden). Both characters have rarely been seen in recent months.

Like his brother, Wyatt does not fully side with Bill. But Brooks’ character sees Bill’s point and wishes Brooke well.

Hopefully, fans see more of Bill’s son and Liam’s brother in the near future, as Wyatt offers needed comic relief. Brooks’ comedic chops are consistently outstanding. Moments of light-heartedness are needed whenever Bill is around on B&B.