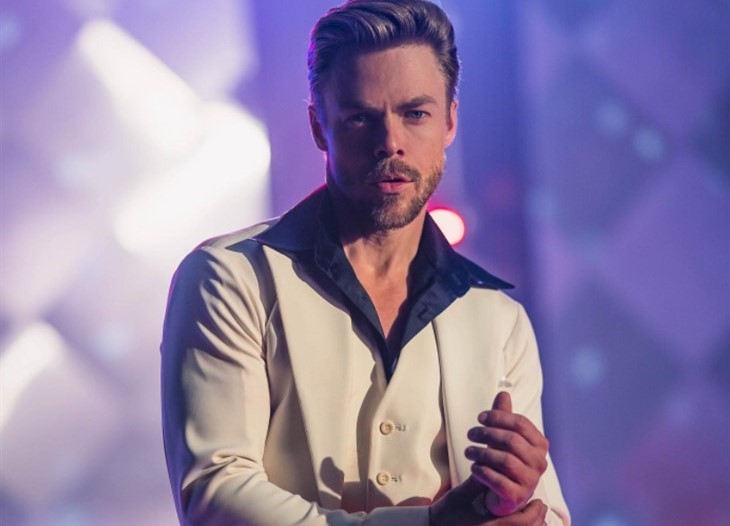 Dancing With The Stars (DWTS) Season 5 featured Jennie Garth dancing with Derek Hough. At the time, he’d never danced as a pro before, and the former Beverly Hills, 90210 star seemed happy and talented performing with him. However, behind the smiles, she really didn’t want to be there. Why is that? Read on to find out.

ABC fans really sounded impressed when they saw that Jennie danced so well. Performing the Cha-Cha-Cha to Uptown Girl really wowed them and comments about her amazing splits ran around social media. However, she really didn’t want to be there. The news arrived via the Behind the Velvet Rope With David Yontef podcast last week.

Derek Hough had featured on Dancing With The Stars the previous season, as an instructor. So, he wasn’t all that experienced on the show. Since then, his career saw him perform and act as a judge. In fact, he will appear in the next season of the show when it migrates to Disney+. However, when he danced with Jennie, he was still feeling his way, and Jennie wasn’t happy.

Whilst Derek had proven he was a great dancer, Jennie said that he was still very new to the actual format of the program. So, she complained that as they were both new, the whole experience was “terrifying.” Well, these days plenty of contestants complain about how demanding the show is, both physically and mentally. So, dancing with a newbie probably made it even harder for Jennie.

On the podcast, on May 18, she noted, “I was like, ‘please vote me off, please, I can’t do this anymore.” Well, she got her wish, but only very late in the day. The dance partners made it right through to the finals and she ended up coming in at fourth place. However, by then the mom of a small baby was done with it.

Although the couple did really well, it seemed that Jennie Garth really didn’t expect to go so far in the competition. In fact, it certainly sounds like she wouldn’t have minded going home a lot sooner.

Heavy reported that she spoke about her Brian Austin Green. When she heard he was in DWTS, she didn’t have the heart to warn him that it was really hard, demanding, and not a lot of fun at all. Instead, she wished him well. After all, it wouldn’t have been great to diss the show with negativity before he even started trying to dance.

Be sure to catch up on everything happening with DWTS right now. Come back here often for more Dancing With The Stars spoilers, news, and updates.