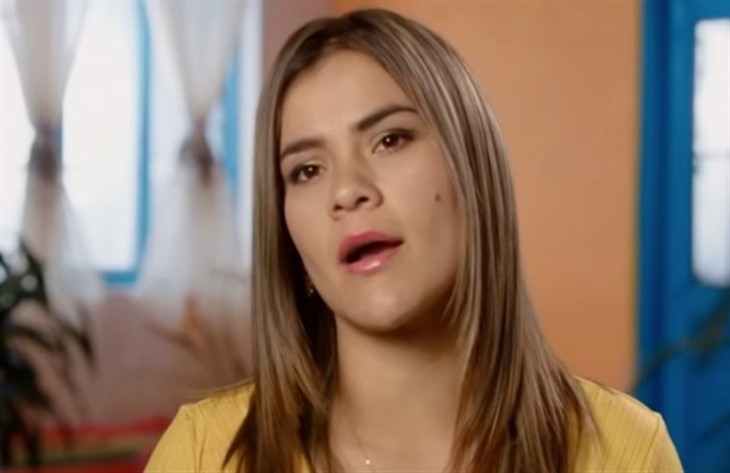 90 Day Fiance fans get a lot of people to scorn and mock, especially when it comes to fakery. Well, Mike Berk and Ximena Morales fell square into the right-shaped box for haters. Actually, a lot of them think they are too toxic, and now they slammed Ximena for fakery as well. Reportedly, she posted up a reverse image baby scan that wasn’t hers.

Mike Berk shouldn’t be mistaken for Mike Youngquist who also got a lot of haters when he dated Natalie Mordovtseva. These days, so many spinoffs come along, that TLC fans sometimes have difficulty figuring out who is who in the franchise. Well, fans hated that Mike Berk seemed like a slob and passed gas, whilst strewing his clothes on the floor.

90 Day Fiance fans seemed torn about Ximena from the beginning. Was she really shocked at Mike’s behavior? Was she the toxic and underhanded one in the relationship? After all, she also strung a line and took her time to mention that she had her tubes tied. Meanwhile, other fans thought that she just wanted to use Mike for his money.

When Ximena posted up a photo of an ultra scan that showed a baby at about five months old, fans presumed that she intimated that she is pregnant. Admittedly, she later talked about a friend’s baby. But that wasn’t clear in the first post. So, when the Instagram account, Mommy Says Bad Words saw it, they shared it. Actually, according to the admin, it’s a reversed image and not her baby at all.

In the caption, the 90 Day Fiance influencer said, “Ximena posted the story of the ultrasound WHICH happens to be a stock image found via reverse image search. NICE TRY 🐽🐽🐽.” Actually, a lot of fans think that she’d do anything for some attention. One of them commented, “Well that’s a new low. Even for her.”

Some 90 Day Fiance fans recalled that back in her season, she mentioned, “she got her tubes tied bc she didn’t want anymore kids. Did she forget what she said 😮.”

Well, now that some folks know Ximena apparently posted it because she was going to be a godmother, they still don’t forgive her for fakery.

One critic wrote, “Glad you found this is a stock image – so I didn’t even have to give it one moment of thought!”

What are your thoughts about the reverse image scan? Do you think that Ximena will do almost anything for attention and click-baiting? Sound off in the comments below.