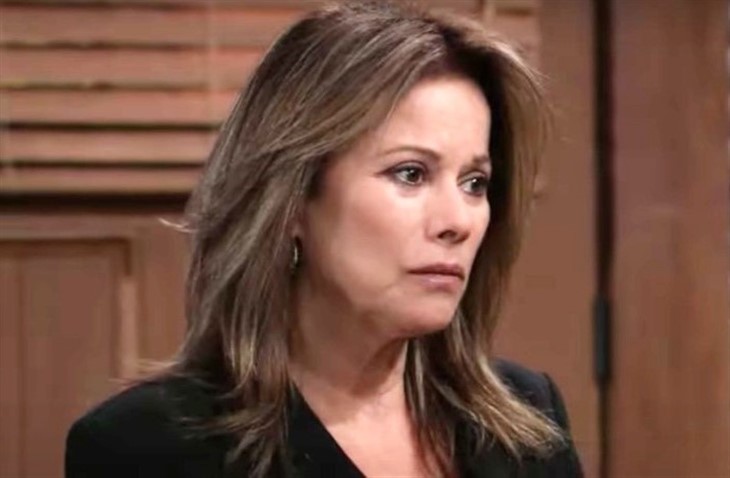 General Hospital spoilers tease that Alexis Davis (Nancy Lee Grahn) is finally back on track after one of the worst times of her life. Alexis was finally ready to start a new life with Dr. Neil Byrne (Joe Flannigan) when he died suddenly in Alexis’ bed. For almost two years, Alexis believed that Neil drug overdose was somehow her fault.

But recently, it was revealed that Harmony Miller (Inga Cadranel) murdered Neal and gave him the injection that killed him. Alexis has started a new career running the Invader, and she’s worked hard to move the paper from the tabloid it had been previously. But Gregory Chase (Gregory Harrison) may not agree.

Gregory was married to world-famous reporter Jackie Templeton (Kim Delaney) so he will have a unique perspective when it comes to what makes a reputable newspaper. The recent expose’ on Nina Reeves (Cynthia Watros) may leave a bad taste in Gregory’s mouth. While everything that Alexis commissioned about Nina is true, it could easily come across as a hatchet job to Gregory.

While she will stand behind the piece about Nina, Alexis is still very new to the newspaper business. Despite herself, Alexis will find herself enjoying the challenge of making the Invader even more reputable. She might even offer Gregory a job at the newspaper. Gregory will likely insist that the Invader stick to the news and not use the paper to further someone else’s agenda. The article about Nina was written because it was suggested by Michael Corinthos (Chad Duell). Michael wanted to make sure Nina’s reputation was tarnished before he went to court against Nina.

Alexis has never worked in the newspaper industry. She is approaching the Invader from the perspective of an attorney, which was Alexis’ career before she lost her license to practice law. Gregory may suggest that if Alexis wants to run a newspaper, she will need to take a more objective stance. Gregory will certainly play a role in changing Alexis’ views. And after two long years, Alexis may finally be ready to start a new romance. And who better to start it with than someone who challenges her!

What is Gregory’s issue with Alexis? Can Gregory help Alexis make the Invader better? And could this couple find romance amidst their arguments? Anything can happen in Port Charles so stay tuned to General Hospital airing weekdays on ABC. And don’t forget to check back right here regularly for all your General Hospital news, information, and spoilers!