The Young And The Restless Spoilers: Summer’s Business Plan Is Personal – Kyle Can Not Block Diane 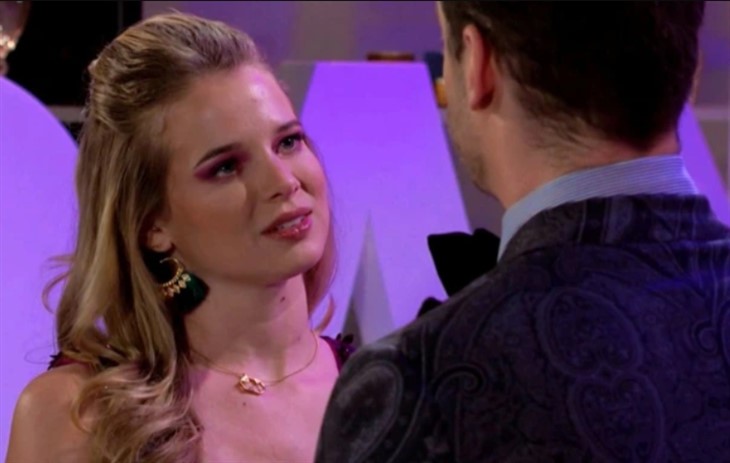 The Young and the Restless spoilers document that Summer Newman Abbott (Allison Lanier) broke the news to her husband about Marchetti’s financial problems. The solution she proposed to Jabot’s co-Chief Executive Officer was to buy the company.

Business is the vehicle that is projected to allow Kyle, Summer, and Harrison Locke (Kellen Enriquez) to one again be seen regularly by Y&R viewers.

Marriage fits some better than others in Genoa City, Wisconsin. The first marriage between Kyle and Summer was not good.

As devoted viewers recall, Summer pressured Kyle into marrying her in 2019. That union was short-lived, with Lola Rosales Abbott (Sasha Calle) becoming his next wife that same year.

Lola initially appeared to represent a more mature relationship for Kyle. TPTB opted to split that liked pairing and redo Kyle and Summer, who remarried last year. This union has gone swell.

Kyle knows that his father loves having him and Harrison in GC. Harrison was Jack Abbott’s (Peter Bergman) first known grandchild. Of course, Allie Nguyen’s (Kelsey Wang) reveal earns her prime position in that part of Jack’s family tree.

Diane Jenkins (Susan Walters) was the incredible connection that helped Jack and Allie to meet. Jack was also coerced by Diane to serve as a go-between for her reintroduction to Kyle.

Kyle was forced, or persuaded, as Diane would say, to reintroduce her to Summer. Lanier’s character told her mother-in-law that she treated Kyle terribly by abandoning him all those soapy years ago. As part of her redemption efforts, Diane agreed with her realized daughter-in-law.

Kyle is rightfully leery of his mother. What she did to him and many others can not be undone.

While Kyle can see that Diane is sincere about being sorry, Mealor’s character knows he may never be able to place his trust in her. Plus, choosing to associate with her, even in moderation, could put Summer and Harrison in harm’s way.

So, Summer’s idea about them moving back from Italy appears to make sense. Kyle needs to be in GC so that he and his family can keep an eye on Diane.