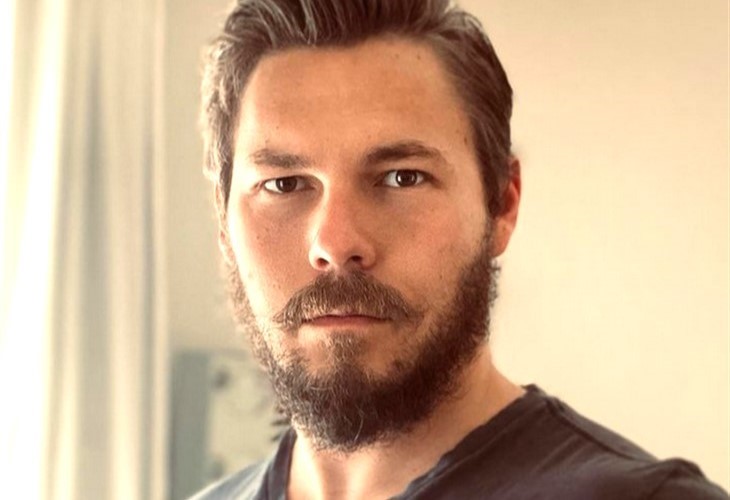 The Bold And The Beautiful Spoilers indicate that Scott Clifton, who plays Liam Spencer, recently opened up about what he would like to see happen on the show. Recently, the Spencer men were allowed to reconnect while discussing Brooke Logan (Katherine Kelly Lang). Scott wants more times like this.

Scott loves working with Don Diamont (Bill Spencer) and Darin Brooks (Wyatt Spencer). Scott loves to work with Don but he also misses getting to spend time with his on-screen brother as well. Wyatt and Liam always have a good time whether they are arguing or getting along. The actors make it fun either way. However, the Spencer men don’t get to spend a lot of time together anymore. Bill hasn’t been seen a lot and Wyatt has been missing in action. Of course their scenes this past week were funny as Bill tried to convince them that he was the right man for Brooke. Liam’s wife, Hope Spencer (Annika Noelle) got in on the action as well.

The Bold And The Beautiful Spoilers: Brooke Emboldened By Ridge’s Move – Bill Back In Contention For Love

The Bold And The Beautiful’s Liam recently reconnected with Steffy Forrester (Jacqueline MacInnes Wood) and their daughter Kelly Spencer (Sophia Paras Mckinlay) as well. Steffy’s health was in crisis and she thought they were still married. Liam stood by Steffy’s side and told her the truth about their relationship. However, Liam allowed his ex-wife to lean on him until she was able to stand on her own feet. Now Liam is stuck in the middle with his father trying to make a play for his wife’s mother.

The Bold and The Beautiful’s Spencer men work together daily at the office. However, the Spencer men are rarely seen on screen together anymore. Perhaps since Darin recently got time to stop by he may be able to do so more often. Meanwhile, Bill is always around somewhere and could pop in at any moment. Will Bill make a play for Brooke since Ridge Forrester (Thorsten Kaye) seems to be dragging his feet?

Liam and Bill are very funny together. Liam tries to explain things that Bill doesn’t agree with constantly. Will Liam finally get it through to Bill that Brooke loves Ridge and wants to be with him? Will Ridge and Brooke reunite or will he run to Taylor Hayes (Krista Allen) instead? Will fans get to see more of the Spencer men soon?