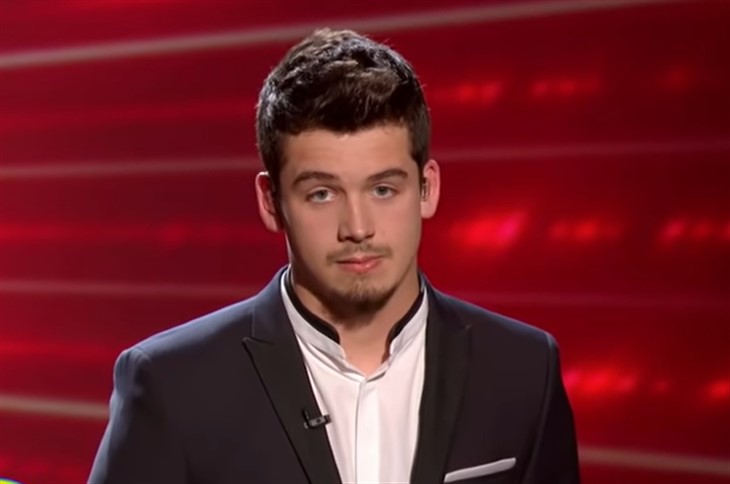 Louisa, Kentucky residents are thrilled after Noah Thompson walks away with the title of American Idol! Noah was signed up by his friend Arthur Johnson for the popular show. Sunday, May 22, 2022, Thompson was declared the winner after the nationwide vote.

The American Idol contestant came out before the final vote was revealed and the audience swooned as he belted out Rihanna’s “Stay”. This was Thompson’s “Out of the Box” song from a few shows before as well. However, Katy Perry teased Thompson about wearing a tux and singing that song. All three of the judges praised Noah for his improvement on the song from earlier in the season.

Thompson also performed Bruce Springsteen’s “I’m On Fire” as well as his show-stopping performance with Melissa Etheridge. Melissa and Noah performed her hit song, “I’m The Only One.” A watch party was held in Thompson’s hometown for his fans to cheer him on. Thompson’s girlfriend, grandmother, and his son were all in attendance when he won this season’s title. Noah’s competition for the finale was Hunter Girl.

American Idol – What Will Noah Thompson Take Home From This Experience?

The American Idol contestant was asked by host Ryan Seacrest what he would take home from this experience. Noah, with his sheepish grin, replied, “ Just the experience man, everything I’ve gained from doing all this, just growing and learning everything I can take in from the experience.” However, Noah became speechless pretty quickly when the winner was announced. When Seacrest asked Thompson how he was feeling, the 20-year-old replied, “My heart is beating out of my chest right now.” Thompson spoke to Parade magazine before the finale and had this to say about the possibility of winning.

“I feel like there’s just no words for it. The way I feel about it, I would be in complete shock, to be honest, because I did not expect to make it this far,” the “One Day Tonight” singer said. “Never in a million years, so I would be so grateful. But at the same time , truthfully I would love to see either one of them (Leah or Huntergirl, the other two finalists) win the show. Honestly, I would have loved to see anybody win the show. I’m just really happy to be here.”

Now that Thompson has taken home the title of American Idol, his friend Arthur’s belief in him has proven to be spot on. Now Noah has the opportunity to open many doors that he felt were close to him and his son. As Katy Perry once describe, Noah is living the American Dream. Congratulations Noah, you certainly make your hometown proud.

Be sure to check back often for updates and spoilers from American Idol.