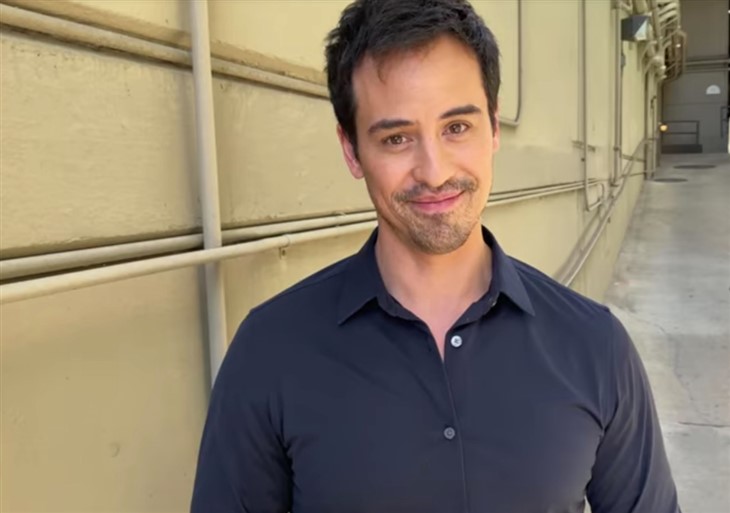 General Hospital spoilers and updates tease that Marcus Coloma has shared different reasons why he’s still single. The actor took some time to play a fun game on his social media account.

In an Instagram post, the actor shared a video of him playing a game and captioned it, “Wow… technology.”

In the video, a pink box with the words “I am single because…” As the game started, a list of various reasons flashed through the box. The first reason that flashed was, “I can’t date pizza.” It was followed by “I am friend-zoned” and then “I take relationships seriously.”

He agreed with the second reason, but he said that the third one was perfect.

Other reasons flashed during the game. It included, “I’m too picky, haven’t found someone who deserves me, my bed is my bea, I can’t date my best friend and no one believes that I’m single.”

General Hospital Spoilers – Will Nina Reeves Save Wiley From Danger?

Spoilers hint that Nina Reeves (Cynthia Watros) may save Wiley Quartermaine-Corinthos (Viron Weaver) from potential danger when she finds him at the park following the visitation hearing.

It seems like Nina’s petition to be granted visitation rights will be denied. When that happens, she’ll want to spend some alone time, which will leave Sonny wondering when he can talk to her again.

Michael Corinthos (Chad Duell) and Willow Tait (Katelyn MacMullen) trust Josslyn Jacks (Eden McCoy) to keep an eye on their son. But she’ll be distracted by something that involves Cameron Webber (William Lipton).

Josslyn may turn her back from him, giving Wiley time to wander off. Nina may eventually cross paths with her grandson just in time to save him from a dangerous situation. The incident may force Willow to see Nina in a different light. Perhaps she’ll realize that Nina isn’t a bad person after all. If this happens, Carly will have another reason to keep the DNA results a secret from everyone involved.

In upcoming scenes, Sonny will make a discovery, which may involve seeing Nina save her grandson. When the news reaches Carly, she may argue that Nina has violated the judge’s orders. Carly may even accuse Nina of attempting to kidnap Wiley. As for Michael, it may take more than that to convince him that Nina should be granted visitation rights.