The Young And The Restless Spoilers: Phyllis And Jack Can Not Go Back – New Couple Possible In GC? 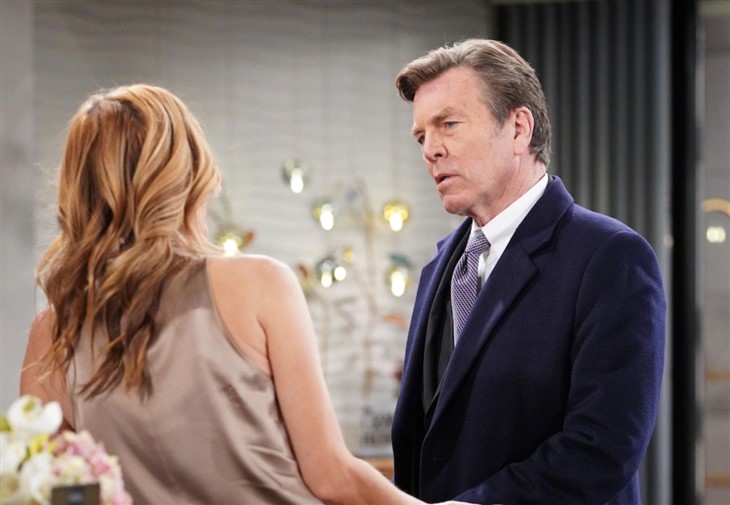 The Young and the Restless spoilers document that Phyllis Summers (Michelle Stafford) and Jack Abbott (Peter Bergman) recently became much closer than they have been since divorcing in 2016. That second legal parting reinforced that this couple did not learn how to get along.

Much has changed since Phyllis (Gina Tognoni, 2014-2019) looked different. TPTB re-hired Stafford to reinstitute the iconic edition of this legacy character. Today’s Phyllis is not nearly as me-first as she used to be, and has matured to the point where another marriage to Jack could work.

The Young And The Restless Spoilers – Yesterday Is Gone, Nick Newman

Nick Newman (Joshua Morrow) came between Phyllis and Jack on more than one occasion through the years. Jack was so deeply hurt by Phyllis’ multiple betrayals that his love life took a powder ever since.

Phyllis recoupled with Nick during Tognoni’s run on Y&R, and that pairing reformed last year. However, Stafford’s edition of Phyllis noticed that something was off in their relationship.

Phyllis called Nick on his demeanor shift. They ended whatever their connection was, leaving both people single. That made Jack’s surprising admission of his ongoing love for Phyllis intriguing.

Phyllis did fall in love with Jack many years ago. She never stopped loving him but appeared to love Nick more deeply.

However, with Morrow’s character out of the picture, Jack stands ready to offer her his heart again. The recent post-wedding get-together that Jack and Phyllis had in her suite at The Grand Phoenix could be a signal that this couple crossed the serious relationship threshold.

But Phyllis does not want to hurt Jack again. So, she needs to ask herself if commitment is achievable?

Jack is not about relationship drama at this stage of his life. He sees Phyllis’ good side and has come to believe that she has achieved a maturity level that is far above who she used to be.

Viewers who were fans of this couple are hopeful that all factors are in place to enable its return. But they do not want either person or both to be hurt by false hope or a short-lived romance.

Friendship has worked in recent years. Becoming an item or even remarrying is a major step, even considering learned history. It feels like a third-time marriage might be the charm, but it is still too early to make that statement on Y&R.