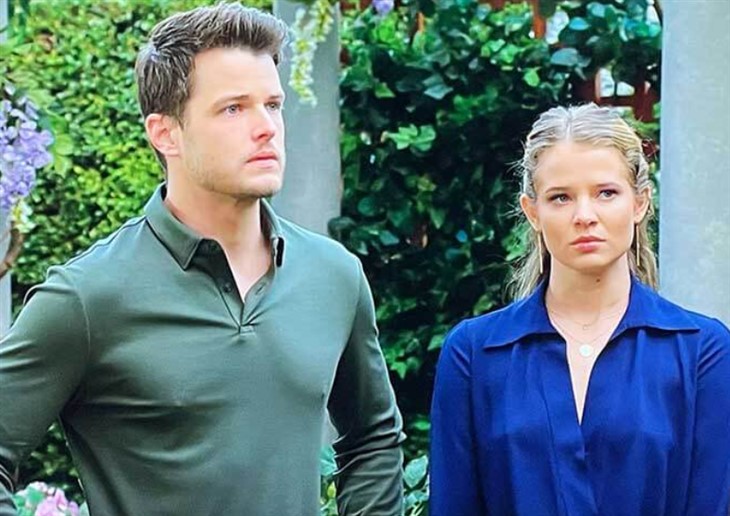 The Young and the Restless spoilers document that Summer Newman Abbott (Allison Lanier) made a wise decision. She sensed that her husband needed her in Genoa City, Wisconsin. As viewers know, the recast character that Lanier now portrays was right.

Diane Jenkins (Susan Walters) is sincere. She knows it was wrong to fake her murder and that Kyle Abbott (Michael Mealor) suffered immeasurably for it. But she wants to make amends.

The problem with Diane is that her history is replete with troublemaking. She upsets the lives of those she claims to love because of her inability to restrain herself.

Teasers show that Diane and Nikki Newman (Melody Thomas Scott) will get into it. Who can blame Nikki for getting mad, as she suffered all that came with believing she killed Diane in self-defense? No one except Diane.

The Young And The Restless Spoilers – Everyone Can Blame Diane Jenkins

Ask the same question about blame regarding Diane, and a different answer is elicited. So, who can blame Diane? Everyone except herself and maybe, Ashland Locke (Robert Newman).

Diane has already targeted Summer by fronting that beautiful smile. While her face is beautiful and her eyes project good intentions, Phyllis Summers’ (Michelle Stafford) daughter sees right though her mother-in-law.

Lanier has begun creating her version of Summer. She was given meaty scripts to work. This actor exhibits good stage presence and has seamlessly fit into the role. Both are marks of a professional.

As for Summer, she intends to reestablish her importance at Jabot. That would send a signal to Sally Spectra (Courtney Hope), who now works for Newman Media under Adam Newman’s (Mark Grossman) tutelage and protective, romantic eye.

Summer has long known her place as a Newman in GC. But she has also become an important member of the Abbott family. As Kyle’s wife she looks out for her husband’s best interests, as he does hers, and to safeguard her stepson, Harrison Locke (Kellen Enriquez), from potential issues his paternal grandmother might cause.

Te Young and the Restless Spoilers – Kyle Abbott Is Not Naive

Kyle has acknowledged that he is inclined to give his mother a measured chance over time. However, he has not committed to doing so and intended to return to Milan, Italy to seek Summer’s input.

Thankfully, Summer took the initiative and flew home. She also has big plans for Marchetti that could result in Jabot acquiring it.

Summer’s personal and business sense will serve Kyle well. He should allow his wife’s insight to guide his decisions regarding Diane’s redemptive efforts on Y&R.