Days Of Our Lives Spoilers: Ava’s Quest To Be A Better Person Leads Her To Eric! 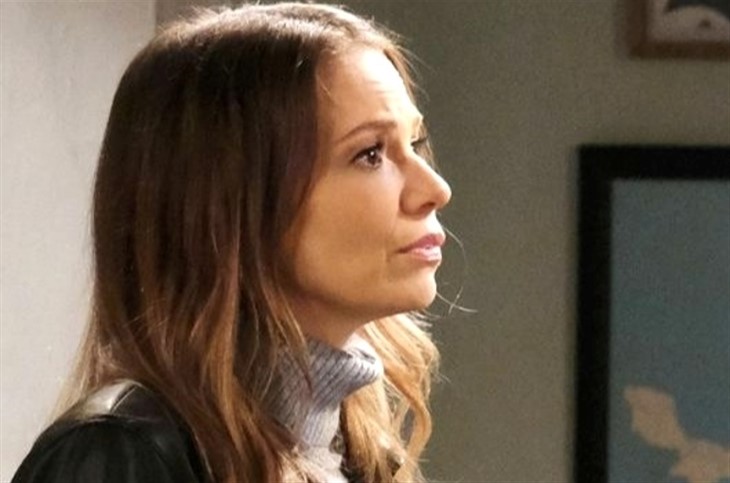 Days of Our Lives spoilers tease that Ava Vitale (Tamara Braun) was profoundly impacted when she witnessed a miracle. Her son, Dr. Tripp Johnson (Lucas Adams) died when she threw himself off the roof of a building in order to end the Devil’s reign of terror in Salem. But because of Tripp’s great sacrifice to save Allie Horton (Lindsay Arnold), Tripp was brought back to life by a ghostly Bo Brady (Peter Reckell) in a form of Divine Intervention!! IF Ave really does decide to become a more spiritual person, who better to guide her than Eric Brady (Greg Vaughn)?

Days Of Our Lives Spoilers – Ava Vitale Comes From A Mob Family,

Although Ava was born into a mob family and embraced that lifestyle for most of her life, she was already trying to be a better person because of the love she had for her son Tripp. But when her first romance in her new, reformed life ended with Rafe Hernandez (Galen Gering) cheating on her with her best friend Nicole Walker (Arianna Zucker), she slipped into her old lifestyle by using her mob connections to frame Rafe for tampering with evidence in his position as the Police Commissioner. Rafe eventually was able to prove his innocence and Ava was arrested, although she made a deal to stay out of prison!

After her break-up with Rafe, Ava had nowhere to go so Jake DiMera (Brandon Barash) offered to let her crash with him. At first, they were not planning to sleep in the same bed but after a while decided they could sleep in the same bed without having sex. It remains to be seen if anything serious will happen between Ava and Jake but his future will likely be with Gabi Hernandez (Camilla Banus) although they have currently broken up, Ava’s quest to be a better person might very well send her in a completely different direction.

Days Of Our Lives Spoilers – Eric Brady May No Longer Be A Priest But He Is Still Committed To His Religion!

It seems very likely that if Ava is serious about becoming a better person, she might attempt to become a more spiritual person. The person she would most likely seek out for guidance would most likely be Eric. Even though Eric was removed from the priesthood for holding two exorcisms without permission, he is still deeply religious. Ava seems to be serious here and Eric would never turn someone away who is looking for their spiritual side! If Ava and Eric do become close, look for Nicole to be beside herself. She will certainly try to poison Eric’s mind against Ava but hopefully, she’ll leave it alone so Ava can truly better herself!

Will Ava follow through with her plan to become a better person? Or will the mob call once again back to that life? Is Eric a good person for Ava to befriend if she wants to embrace her spirituality? Anything can happen in Salem so stay tuned to Days of Our Lives airing weekdays on NBC. And don’t forget to check back right here regularly for all your Days of Our Lives news, information, and spoilers!