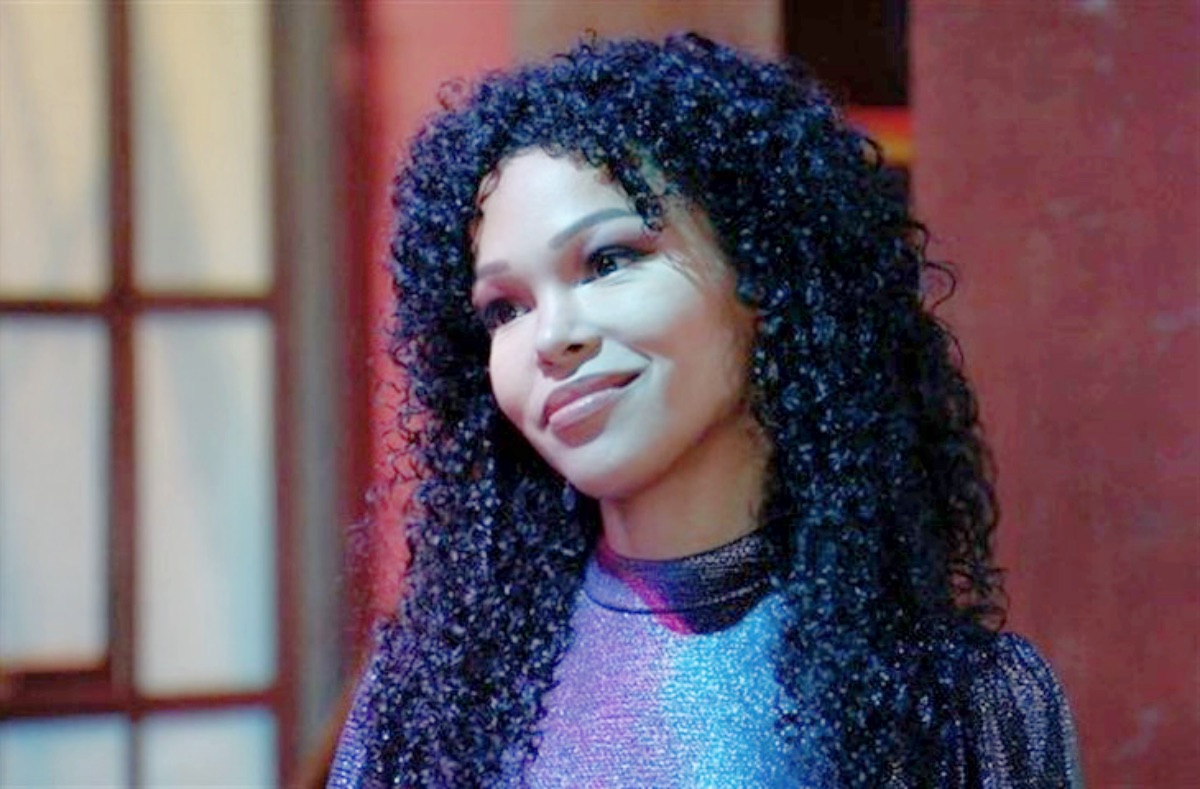 General Hospital spoilers and updates tease that Portia Robinson (Brook Kerr) and Marcus Taggert (Réal Andrews) will walk in on Rory Cabrera (Michael Blake Kruse) and Trina Robinson (Tabyana Ali)! It promises to be awkward on all sides in an upcoming GH episode!

One big question here is why is Marcus going to Portia’s house she shares with Curtis Ashford (Donnell Turner) when Curtis is still in Brooklyn with his father? There haven’t been signs they’re back together, but could they be thinking a little sex with the ex after all these years, or are they there for some other reason? Marcus and Portia usually aren’t together unless it’s something to do with their daughter, and it is usually planned, and it is usually in a public place!

If they walk in on Rory and Trina unexpectedly, Trina can’t be expecting them – but then Taggert and Portia aren’t expecting to see her with Rory! How much more awkward could it get?

Taggert is a retired Port Charles Police Department detective in addition to being a retired Drug Enforcement Administration agent, and viewers could imagine him lecturing both! He’s a rookie in the PCPD and fraternizing with a suspect, although Rory is obviously as much on Trina’s team as Taggert is, and looking to clear her. As for Trina, getting involved this personally with the rookie could possibly be misconstrued as bribing a cop, and that certainly can’t help her case either! As for Portia, she is sure to be relieved that Trina’s not hung up on Spencer Cassadine (Nicholas Chavez) but getting into this relationship with Rory is definitely bad timing!

Trina may think that her parents, especially her father are overreacting a little bit but they both apologize – and Rory assures Taggert and Portia that he’s trying to clear Trina. No one at the Port Charles Police Department believes she’s guilty and he’s going the extra mile investigating on his own, even the District Attorney thinks she’s been framed. Taggert realizes that with no evidence proving Trina’s been framed that they don’t have a lot to work with – the framer was good!

Portia, Trina and Rory tell Taggert they are sure that Esme Prince (Avery Kristen Pohl) was the one who framed Trina. They have to work on finding something that will prove it  – and then there’s the question of warrants so any evidence won’t be thrown out of court!

Taggert and Portia are both grateful that the young rookie is on Trina’s side and trying to work on her behalf, them both feeling Jordan Ashford (Tanisha Harper) isn’t doing enough. But Taggert cautions both of them to delay any romantic relationship because they don’t want to muddy the waters before the case even comes to court. If the wrong people knew, anything Rory might turn up could throw the case the wrong way; they all agree that’s the last thing they need! Secretly, Taggert is pleased that Trina seems to be falling for a young cop and that he is falling for her, but he keeps that opinion to himself!