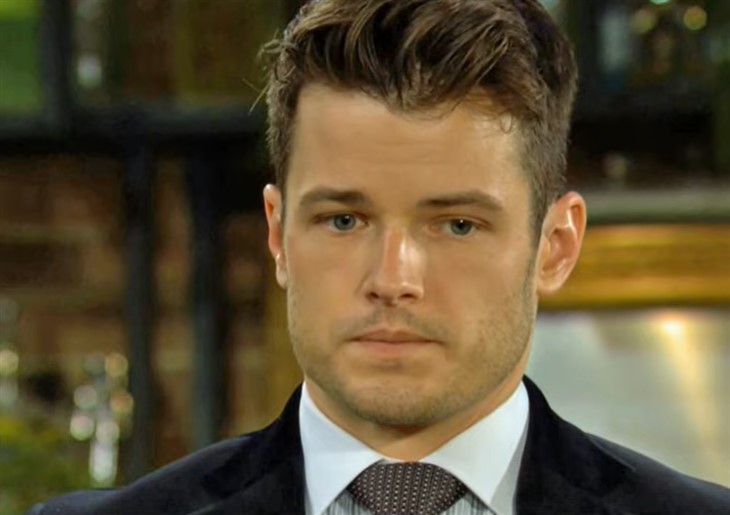 The Young and the Restless spoilers document that Kyle Abbott (Michael Mealor) has a decision to make. His mother is waiting for a signal or an answer.

Diane Jenkins (Susan Walters) is back from the dead, never having actually died. She recently decided to reveal her existence to Kyle’s father, Jack Abbott (Peter Bergman), a man Diane still cares for, to a certain degree.

Kyle’s issue is not whether Diane loves him or vice versa. That is obvious. His feelings about her maternal protection when he was a child are in question. If she wrecked his life before, why could that not happen again?

The Young And The Restless Spoilers: Phyllis And Jack Can Not Go Back – New Couple Possible In GC?

Nikki Newman (Melody Thomas Scott) got into it with Diane at Crimson Lights. It is hard to blame Nikki for being provoked by the sight of the woman whose murder she was assumed to have committed.

Devoted viewers know, and newer fans have been informed that Nikki acted in self-defense, fending off a crazed Diane in what is now known as Chancellor Park. Diane’s supposed death occurred approximately eleven years ago in real-time but is said to have happened a few decades ago in soap time.

Summer Newman Abbott (Allison Lanier) has become more than Kyle’s wife in recent months. She has also become Harrison Locke’s (Kellen Enriquez) stepmother. The protective instincts she exhibits for her husband are paired with maternal instincts for the boy she considers to be her son.

For reasons of clarification, Kyle may have already added Abbott to Harrison’s last name. Time will tell if that distinction is more prominently made, rather than assumed.

Just as Summer and Kyle are concerned with how Diane’s presence in their lives might affect Harrison, they will also wonder what Ashland Locke’s (Robert Newman) injection into Diane’s world means.

The Young And The Restless Spoilers – Ashland Locke Is A Threat

Diane recently met Ashland in the aforementioned Chancellor Park. It was a chance meeting, as daytime coincidences go.

This paring is one that Kyle does not want. As he attempts to decide whether his mother has learned anything in returning to Genoa City, Wisconsin, Kyle will need to decide if her judgment about Ashland is revealing.

It feels more likely than not that Kyle will allow Diane some form of measured access to Harrison. But how close Mealor’s character allows himself to get with his thought-dead mother remains to be seen on Y&R.