The Young And The Restless Spoilers: Kyle Gives Diane A Second Chance – Jack Can Not Contain Phyllis 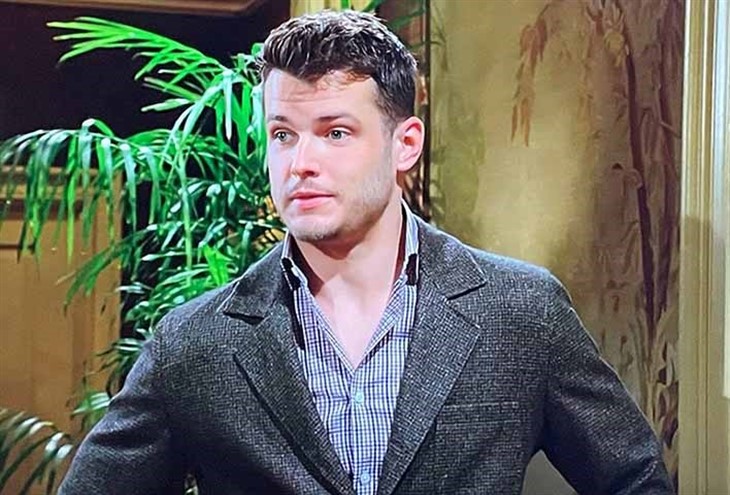 The Young and the Restless spoilers document that Kyle Abbott (Michael Mealor) could not let his mother leave town. Diane Jenkins (Susan Walters) and her luggage were conveniently in the lobby of the Grand Phoenix Hotel when her son arrived.

The Young And The Restless Spoilers – Phyllis Summers (Michelle Stafford) Was In The Lobby As Well. She Entered After Getting Off The Elevator Earlier.

Diane did not appreciate the pressure Phyllis was applying, with Stafford’s character convincing herself that the hotel eviction meant a return trip to Los Angeles, California, would happen. It almost did, and then Diane’s beloved son arrived.

Phyllis injected herself into the conversation Diane was having with Ashland Locke (Robert Newman) before Kyle arrived. She initially told the duo, that was meeting for the second time, they could not have coffee.

But Phyllis reversed herself moments later and said it was okay by her. Diane was not amused by Phyllis’ boorish behavior, with Stafford’s character not realizing that it further embedded Diane into Ashland’s psyche.

The Young And The Restless Spoilers – Jack Abbott Takes The Brunt

Jack Abbott (Peter Bergman) was not expecting Phyllis to arrive at the mansion. Ashland was an unexpected visitor earlier that day. But his request to see Harrison Locke (Kelle Enriquez) was not possible, with the boy being out of the house.

Bergman’s character got into it with Ashland without each man raising his voice. Jack’s directly message to Ashland involved him needing a judge’s order to obtain legal access to Harrison.

Phyllis arrived with a purpose shortly thereafter. She told Jack about Kyle blocking Diane’s plane trip and that he would pay for her Genoa City Athletic Club hotel room.

Viewers know that indoor public setting was replaced by the Grand Phoenix as one of Y&R’s main gathering places. So, it will be interesting to see if Diane is ever shown in what is supposed to be the GCAC.

Summer Newman Abbott (Allison Lanier) does not trust Diane. But she is taking a different approach with Kyle than Phyllis. Summer did not chide her husband when he said Diane was asked to stay and he was covering her costs.

Lanier’s character understood Kyle’s desire to help his mother with her financial problems because he was unable to do so as a boy. However, his choice is troubling because it indicates Diane has recaptured Kyle’s emotions. That is the exact tactic Phyllis warned her daughter about on Y&R.