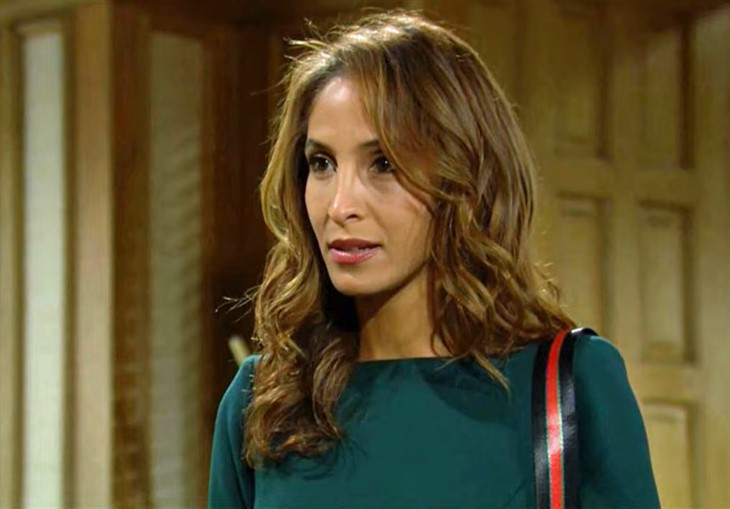 The Young and the Restless spoilers document that Lily Winters (Christel Khalil) did not appreciate Billy Abbott’s (Jason Thompson) latest podcast information drop. She, like others, is listening between the lines of the unwritten dialogue he is offering on various episodes.

Billy’s podcast efforts feel like a narcissist’s diary. That assessment is not fair. But it is also not completely inaccurate.

The Young and the Restless Spoilers – Chancellor-Winters Project Is Too Tight?

Lily believes that Billy feels like the odd man out at the family project that is Chancellor-Winters. The merged companies blend the glory days of Y&R with modern times and characters, which both old school and newer viewers likely appreciate.

Billy appears to be telling Lily the truth about being on board with the new company. But it remains possible that insecurity within his subconscious is coming out through the podcast episode topics.

Imani was glad to hear Elena’s story. Rose’s character wanted to know how Elena moved from being with Devon to pairing with Nate.

Elena intended to tell Imani that Nate chose her, and she recognized a deeper soul mate in Dominic’s character. The message was that Nate was devoted to her, meaning Imani had no chance.

Amanda felt uneasy about the revealing chat, as her identical twin status sparked Devon’s interest and eventual move from Elena to her. Imani does not care about the past. She is looking toward a future that includes Nate.

The Young and the Restless Spoilers – Billy Abbott Disrupts GC?

Billy has a history of implosion. That is why Victoria Newman (Amelia Heinle) pledged not to revisit re-pairing with him and has held to her word.

Lily has kept Billy in check to a greater degree than Victoria did in recent years. But Victoria has a volume of years in her favor. So, the Billy dexterity each lady has exhibited can not be accurately compared.

Nate would be wise to resist Imani’s charms, as Elena loves him. If he does, Billy could catch Imani’s eye next. Genoa City, Wisconsin, would be severely shaken if he returned her gaze.