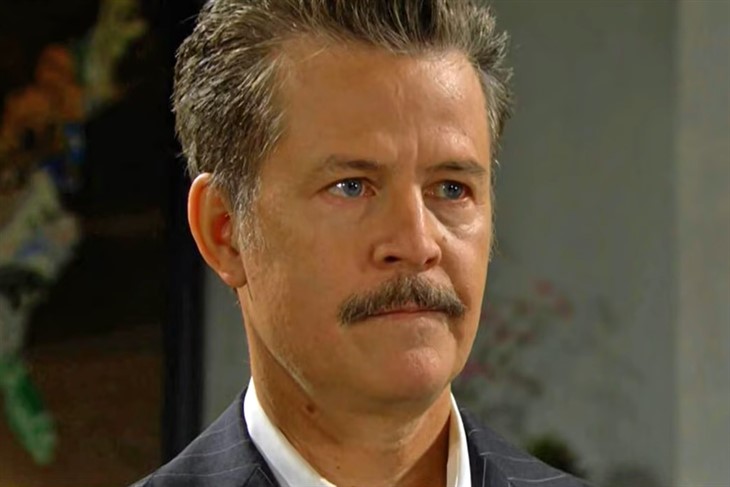 The Bold and the Beautiful (B&B) spoilers document that Jack Finnegan (Ted King) has been missing in action for months. Viewers were forced to assume he was separated from Li Finnegan (Naomi Matsuda), with Steffy Forrester Finnegan’s (Jacqueline MacInnes Wood) recent dialogue confirming that plot point.

Li’s response to Finn’s shooting is extremely bizarre. She signed his death certificate while also managing to transport him to wherever she is living. Li somehow secured a hospital bed and all needed equipment and medicine to keep her surviving, comatose son alive.

Sheila and Jack would naturally have wanted to see their child, who was presumably shot dead. Of course, Brown’s character knew who the shooter was.

Any fan who knows Sheila understands that she would not accept Li’s refusal when blocking her access to Finn’s body. Yet Sheila allowed herself to be stymied by Li. That was a weak point in the plot that was needed to further suspend disbelief.

The idea that Jack never came to be with everyone at the hospital where Steffy was being treated and has not been shown attempting contact with Li is preposterous. He believes his son was killed. So there is no way Jack would stay away because Li is mad at him for the Sheila reveal.

Some level of believability would be injected into the retrospective story if it is revealed that Jack helped Li get Finn to the location where she is keeping him. Possibly, Jack and Li are both keeping watch over him.

However, this theory has holes, as Li’s bolt from the cliff house, after only visiting with Steffy for a matter of minutes, implies a time crunch. So, it could be that Li has been going it alone in caring for Finn and that Jack is not helping.

Fans can only assume that Li would keep what she did from Jack because he broke her trust. She could not assume he would keep this intense confidence.

The Bold And The Beautiful Spoilers – John Finn Finnegan Awakens

Viewers are assuming that Finn will awaken in the relatively near future. This shocking reveal can not possibly be put on the shelf for years, with Finn reviving years from now or dying.

Finn will want to be with Steffy when he does awaken. That means Li has put herself in an untenable position because she will have to explain herself to his wife, her family, Jack, and others, possibly including Sheila, when that happens.