Days Of Our Lives Spoilers: Ben And Ciara’s Life-Changing Gift From Hope 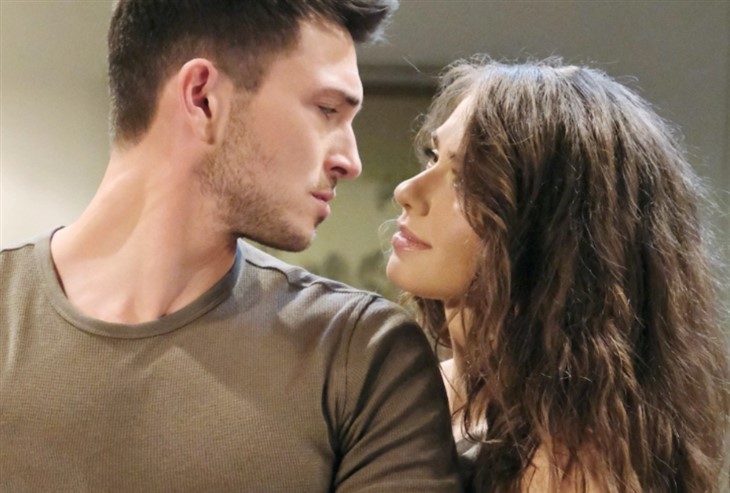 Days Of Our Lives spoilers and updates tease that Ben and Ciara Weston (Robert Scott Wilson, Victoria Konefal) will receive a special gift in an upcoming DOOL episode! This will be a gift that will change their lives from Hope Brady (Kristian Alfonso)!

Days Of Our Lives Spoilers- This Couple Has Come So Far Against Incredible Odds!

Viewers know that Ben and Ciara have endured more as a very young couple than most people have in a lifetime! They dated, married, and had a baby against incredible odds – first Ben was kidnapped, then Ciara, and then even baby Bo Weston (Cody and Warren Krasnow)! They will still face a few challenges as all new parents do, especially with his father Clyde Weston (James Read) living with them.

Days Of Our Lives Spoilers: Nicole And Rafe Give Encouragement And Aid To EJ And Ciara

Clyde has resolved to stay on the straight and narrow and has a motivation to do so with his new girl Nancy Wesley (Patrika Darbo) so he shouldn’t cause problems. As for Ben and Ciara, they’ll look forward to some long awaited smooth sailing and “you and me, and baby makes three” time.

Soon, a life-changing gift will arrive from Ciara’s mother, Hope, who herself was a hurdle that the newly dating couple had to clear!  The then Salem Police Commissioner didn’t like the idea of her daughter dating and falling in love with the Necktie Killer! But a lot of therapy with Dr. Marlena Davis (Deidre Hall) and a couple of stints in Bayview Sanitarium helped Ben become a new man.

Ben is on medication for an illness Marlena had diagnosed, but he’s proven himself safe and changed – and Hope approved! Hope has seen the change and if it weren’t for him, she’d never know that her daughter survived that car explosion at the Salem airstrip!

Days Of Our Lives Spoilers – The Westons Will Leave Salem

Days of Our Lives insider leaks spoiled that Abigail DiMera (Marci Miller) would be killed sometime in the summer, and the show is setting up for that exit right now. Another insider leak at about the same time spoiled that Ben, Ciara and the baby would be leaving Salem, and this gift from Hope might be the beginning of that exit storyline. The gift that will change their life might be a ticket to a destination – a destination beyond Salem where they’ll be reunited with Hope and Bo Brady (Peter Reckell)!

However, this time Bo won’t be an angel he’ll be alive and with Hope – in the upcoming Peacock spinoff “Beyond Salem”!  This may be way beyond the current Salem – possibly a time jump storyline since Bo will be alive!

DOOL Spoilers – The Westons Could Return In The Future – Or Stay In The Past!

There hasn’t been anything spoiled about how exactly Ben, Ciara and baby Bo reunite with Hope and a living Bo, especially after he came to them as an angel! Not only to save the baby from the devil but to raise his oldest friend, Steve Johnson’s (Stephen Nichols) son Tripp Johnson (Lucas Adams) from the dead! There are some returning characters from the past of Days of Our Lives – Eve Donovan’s (most recently Kassie DePaiva) high school boyfriend Harris Michaels (Steve Burton) for instance. Beyond Salem could be Salem in the past – or, Bo’s resurrection will be explained in other ways – and the Westons could return to the regular show in the future. Or, if Beyond Salem is set in the past they could stay in the past!