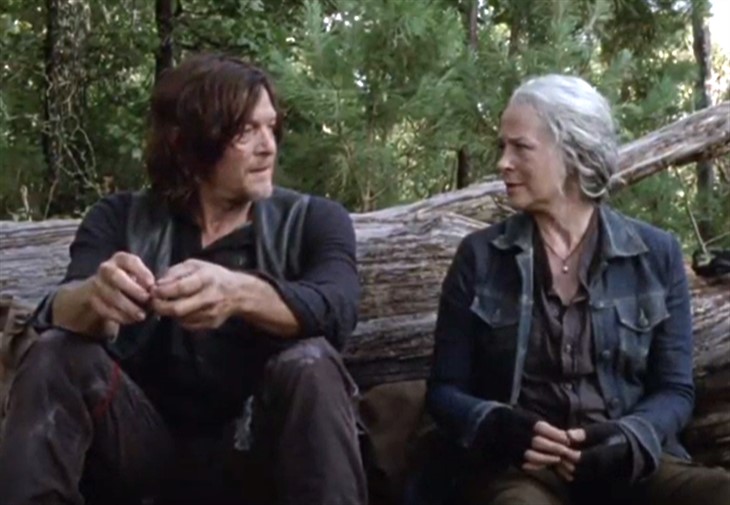 The Walking Dead fans were excited to hear that Norman Reedus would star in an upcoming spinoff, featuring his character Daryl Dixon. While originally, the show was planning for Daryl and Carol to star together, Melissa McBride chose to pull out of the spinoff. However, Reedus now says that Carol and Daryl will “definitely” get together at some point in the wider The Walking Dead universe.

When Melissa McBride chose to exit from the new The Walking Dead spinoff, fans were upset. In fact, many of them took out their anger on Norman Reedus, blaming him for her decision. After fans became so vicious towards him on social media, Norman’s co-star Jeffrey Dean Morgan (Negan) stood up for him.

Morgan took to Twitter to defend his friend, calling out “toxic” fans for attacking Norman. In fact, Reedus then spoke up to clear the air about McBride’s exit from the spinoff. He basically explained that Melissa needed a break after 12 years of filming and starring in The Walking Dead.

Reedus is currently promoting his debut novel, The Ravaged, and while doing so, he spoke about McBride’s departure. In fact, Norman went on to speak of the possibility of Carol and Daryl reuniting at some stage.  Moreover, according to Monsters & Critics, he seems convinced that the two iconic best friends will appear on the little screen again.

Speaking to Iron & Air, Reedus said, “For sure,” adding, “The Carol and Daryl will definitely come back together.”

This latest comment from The Walking Dead star brings back previous statements by the actor. In fact, he has teased possible cameos featuring favorite TWD characters on the Daryl spinoff. Moreover, he hinted that Daryl could run into the characters they love while he explores a zombie-filled Europe.

Meanwhile, the TWD actor teased, “Some of our characters are lost, and maybe I’ll run into one or two of them,” the actor teased.

In fact, some weeks ago on Instagram, Reedus shared an image on Instagram, featuring himself and Andrew Lincoln who plays Rick Grimes. As fans know, Lincoln lives in the UK and this would certainly be convenient for him to air in a Europe-based series.

So far, no official premiere date of the untitled Daryl spinoff has been announced by AMC. However, the final episodes of season 11 of The Walking Dead are set to air sometime later in 2022.

As of yet, no official premiere date has been confirmed by AMC for the Daryl spinoff series. The remainder of Season 11 of The Walking Dead will air later in 2022.

Readers, are you excited about the upcoming spinoffs set in the TWD universe? Let us know by dropping a comment below.