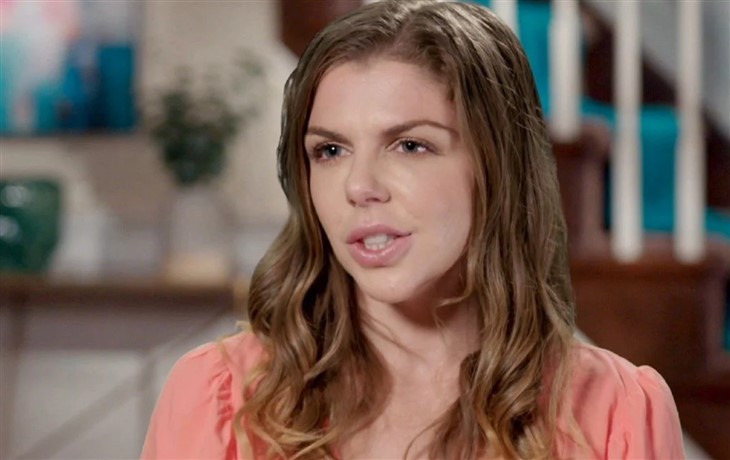 Season 9 of 90 Day Fiance brings back Ari and Binyam. Recall, that when fans first met her on the TLC, she was in Ethiopia, pregnant and scornful of health conditions. Anyway, since then, they saw the couple struggle and Biniyam constantly fears that she will dump him. Now, fans slam her because she encouraged him to go to the USA but made no plan to help support him financially.

90 Day Fiance stars are often accused of just starting a relationship to live in the USA. Potentially, new spinoffs like The Other Way should have taken that perception away. However, Deavan failed to stay in South Korea and now lives sans Jihoon. Meanwhile, Tiffany Franco is back stateside without Ronald. It seemed that initially, none of the cast hankered for a green card and relocating for their American partners.

In current developments, Bini wants to work and he considers a way to earn cash to support his family. Well, her parents think he’s just after her for his green card. However fans on social media like at least he tries to do something, Perhaps he struggles a bit with context and communication, as he admitted that the green card will assist in his objective. Even Ari starts wondering if he just used her. But many fans don’t agree.

90 Day Fiance star, Bini seems very athletic and he’s a great dancer. However, he considers becoming an MMA fighter. Of course, his plan was met with derision by both Ari and her parents. So, fans slammed her for not already making an effort to get financially settled before she took him home.

In the comments of a teaser, a 90 Day Fiance fan wrote, “He can do training for MMA Fighter AND be a personal trainer. DEBBIE DOWNER! She has daddy and mommy that help her all the time.”

Meanwhile, another fan noted, “I can’t believe she didn’t come with an actual plan. Especially how badly she wanted to go home.”

Meanwhile, another fan opined, “She knew he couldnt work .why didn’t she hop on [the internet] and get herself a job lined up for when they got home SMH. I bet she was expecting her parents to cover everything until Bini is able to work.”

What are your thoughts about Ari’s lack of forethought? Sound off in the comments below.

Be sure to catch up on everything happening with Season 9 right now. Come back here often for more 90 Day Fiance spoilers, news, and updates.